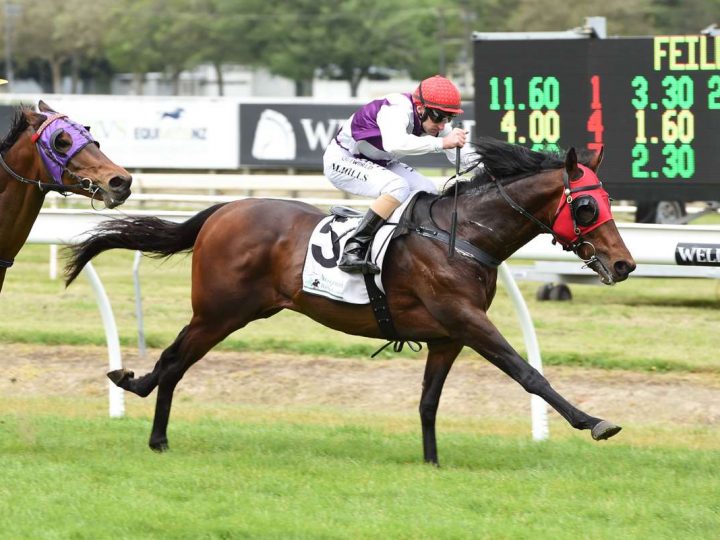 It is six years since Hennessy prepared Ocean Park to win the Hastings Group One, then known as the Makfi Challenge Stakes, which was a pre-cursor to the entire winning three Group One races in Melbourne during the spring of 2012, including the Cox Plate (2040m).

A seven-year-old entire by Zabeel, Ocean Emperor missed much of his three and four-year-old seasons with a hoof injury, but the dual Group Two winner is making up for lost time.

Ocean Emperor prepared for Saturday’s contest, for which he is rated a $12 chance, with two impressive trial victories at Te Teko and then Taupo, leaving a host of weight-for-age gallopers in his wake.

“He’s right where we want him to be,” Hennessy said.

“He’s like where we were with Ocean Park when he won his trial by three-lengths going into this race. This horse did it a lot easier and against a lot stronger opposition.”

To be ridden by Shaun McKay, Ocean Emperor has lead in both trials, but Hennessy said the horse would not necessarily play pacemaker.

“The beauty of him is he’s got good gate speed and he’s able to take a posy and settle.

“If he gets a little bit of cover he’s got a huge turn of foot, he could really explode onto the scene like he did in the two Group Two races that he has won.”

A 1400m Group One success would also go a long way to securing a future home at stud for the stallion, aiming to become the 47th individual Group One winner by his late sire Zabeel.

“That would be huge,” Hennessy said. “That was in the back of my mind from the day we bought him. He is the most gorgeous looking horse.

“We’ve had a few little set-backs with him but I think he’s come of age and the trip to Singapore earlier this year has probably been the making of him.”

“If he can run a really good race and run in the first three, I think we’ll go straight to the Underwood like we did with Ocean Park.

“He’s easy to train. He’s very similar to Ocean Park, he’s like a clone really. It’s just unfortunate he missed his three-year-old career and didn’t get that racing experience that Ocean Park did at the same age.

“But being a Zabeel, they just get better with age and he’s a lovely entire to work with.”

While Hennessy is hoping to enhance a stallion’s pedigree this weekend, he was savouring the stakes success of Caulfield Guineas favourite Brutal in the Listed McKenzie Stakes (1200m) at Moonee Valley last Saturday, having acquired his dam Alberton Princess and another close relative just over two years ago.

“I bought both Alberton Princess and Lady Alberton at the 2016 New Zealand Bloodstock May Sale,” Hennessy said.

“I paid $75,000 for Alberton Princess and she was in foal to Sacred Falls. The subsequent foal made $170,000 as a yearling earlier in the year, so she owes us nothing and Brutal looks very exciting.”

Hennessy, who along with wife Jenny, operates Weowna Park in Matamata, has Ocean Park yearling colts out of both mares.

“We’ve just had New Zealand Bloodstock come and look at our yearlings this week and we’ve got 17 entered for the sales.  We’ve got some really nice types with nice pedigrees.” – NZ Racing Desk