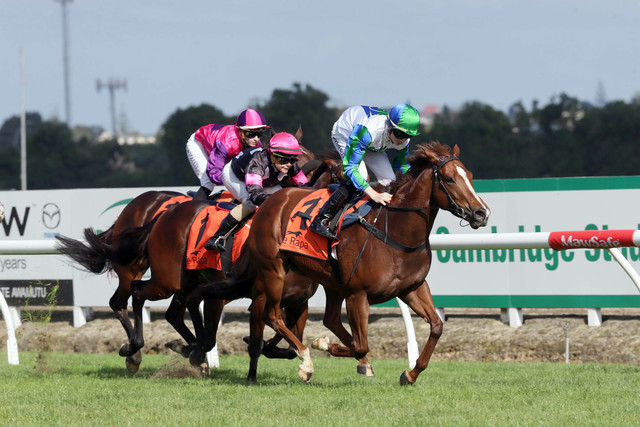 Tony Pike has particularly high hopes for the beautifully-bred WS four-year-old Snowdrop. The Cambridge trainer produced her for a first-up victory at Ellerslie on Saturday and is expecting her to continue on a path to the top.
“She’s a very progressive mare. She sweated up a bit in the back parade ring before the race, so this will bring her along nicely and she’ll improve for the run,” Pike said.
“The biggest barrier for her is tracks. She needs good ground. It would be nice if we could give her another run or two in this campaign before the tracks get too wet, but she’ll be a lovely mare next season. Hopefully, we can pick up a really nice sprint race with her.”
By Pins out of the multiple Group One winner Daffodil, Snowdrop collected the fifth win of her 10-start career in the hands of apprentice Ryan Elliot. “Ryan rode her perfectly, and with his claim taking her weight down to 51.5 kilograms that made her pretty hard to beat,” Pike said.
Back to all news
SHARE
Recent News