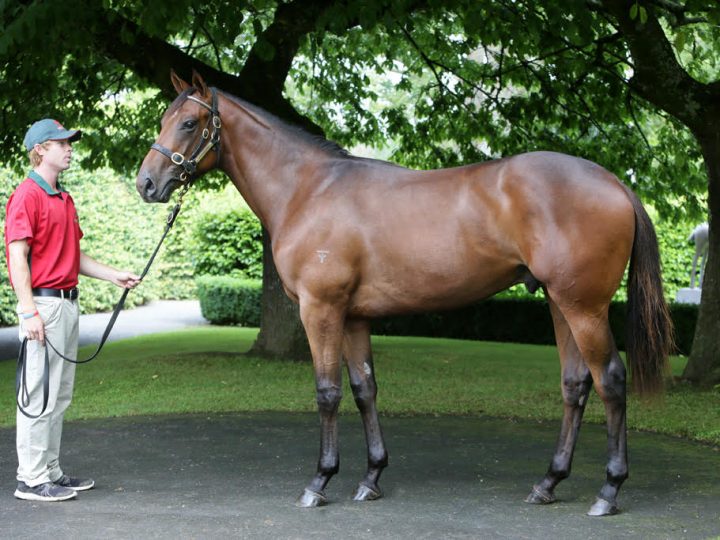 In Australia today high priced Ocean Park colt Ocean’s Fourteen broke his maiden at just his second start. The $325,000 NZB Premier Yearling Sale purchase won easily by a 2.5 length margin leaving the field in his dust. He has also been nominated for the Victoria Derby and if his performance today is anything to go by he should be a live chance.
Ocean’s Fourteen is out of the two-time Gr.2 winning mare Ruud Van Slaats who has had 4 to the races with all being winners including Stakes performers Savvan and Smashing.
Pictured: Ocean’s Fourteen prior to being sold to Ciaron Maher Racing from the Trelawney Stud draft for $325,000 in 2016