Highest of praise for Ocean Park 3YO 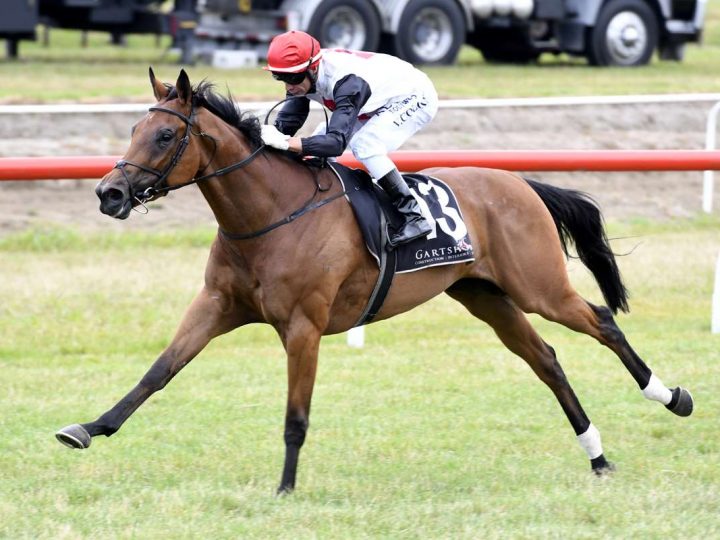 An effusive Roger James believes the sky’s the limit for Ocean Park’s daughter Rondinella. The Cambridge trainer compared the three-year-old with one of his very best following her breakthrough success at Tauranga this afternoon.

“It could be at the start of something big this, I made the bold statement that she’s the best I’ve had since Silent Achiever,” James said. “I don’t know that I’ve been so nervous about a maiden race. I’ve made no secret of the fact that I think she’s top drawer. She’s a filly that I’ve always held in the highest of regard.”

Third on debut at Ellerslie last month, Rondinella wasn’t tested to break her maiden in the Gartshore 1600m and James will now give her one more start before a black type assignment. “I’ve sat down and planned it out – she’ll go to Avondale at the end of the month and then it will be 17 days to the Sir Tristram Classic,” he said. “I’m not convinced yet that she is a mile and a-half horse and the Sir Tristram (2000m) looks a lovely race for her.”

Rondinella was ridden by Vinnie Colgan, who sported the colours of co-breeders and part-owners Haunui Farm and he said she can only continue to improve. “We were three back on the fence and got a beautiful trip from there, there’s lots to like about her. When I squeezed the button she was pretty quick and it was all over.” As a daughter of the Group Three winner Valpolicella, Rondinella is bred to be good with her half-sister Vavasour the winner of the 2015 edition of the Gr.2 Sir Tristram Fillies’ Classic.