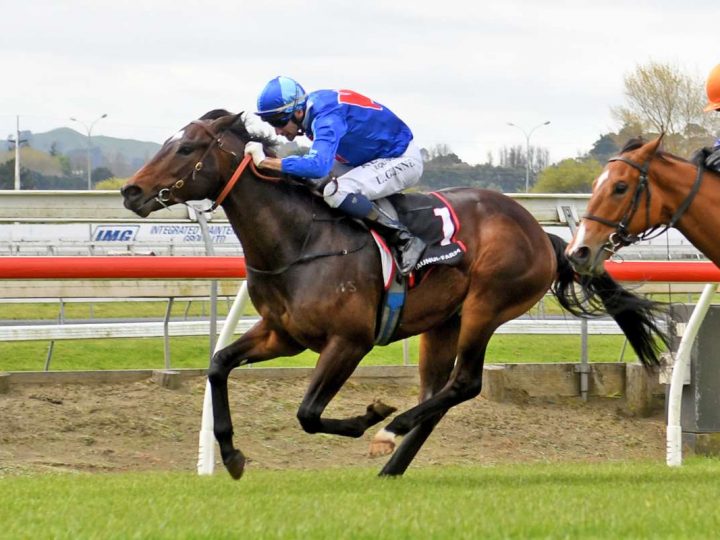 Masque
Much was expected of the regally-bred Masque at Pukekohe this afternoon and the WS graduate fully lived up to expectations. The Graeme and Debbie-trained Savabeel colt is held in the highest regard and duly opened his career in perfect style.
The youngster’s debut success came off the back of a Te Teko trial win. “We were even going to go to Sydney with him, but he’s been working and trialling on wet tracks and the tracks over there are very dry at the moment,” Graeme Rogerson said. “He trialled enormously. Leith (Innes) rode him at the trials and said this is a good horse.
“He’ll probably go to the Wellesley Stakes now, then maybe on to the Karaka Million. He’s one that I’ve entered for the Golden Slipper as well. We’ve got quite a few two-year-olds in the stable, but we think he’s very special.”
Rogerson had a fair idea what he was getting when he went to $200,000 to purchase Masque, who is out of the O’Reilly mare Disguised, from WS’s Premier Sale draft to Karaka earlier this year. He had prepared the youngster’s sister Costume to win the Gr.1 Spring Classic and the Gr.1 Herbie Dyke Stakes.