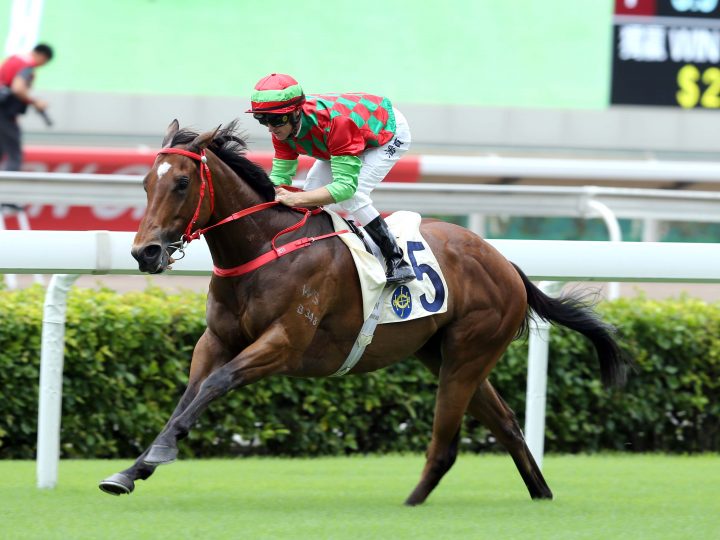 Regency Legend has continued his unbeaten run in Hong Kong with further success on the opening day of the new season.

The Waikato Stud-bred and sold son of Pins was successful over 1200 metres in the hands of Zac Purton.

He has now won all four of his starts at Sha Tin from the stable of Danny Shum.

Regency Legend began his career in New Zealand as Espumoso in the care of Murray Baker and Andrew Forsman.

He won his first two starts and finished runner-up in the Gr.2 Wakefield Challenge Stakes before his sale.

A $50,000 Karaka graduate, he is out of the unraced O’Reilly mare Sparkling.

She is a sister to the dam of the Group One winners Diademe and Embellish.

It’s also the family of the multiple Group One winning sprinter Sacred Star.

Waikato Stud sold a half-brother by Savabeel to Regency Legend at Karaka earlier this year for $500,000 to agent Stuart Hale.