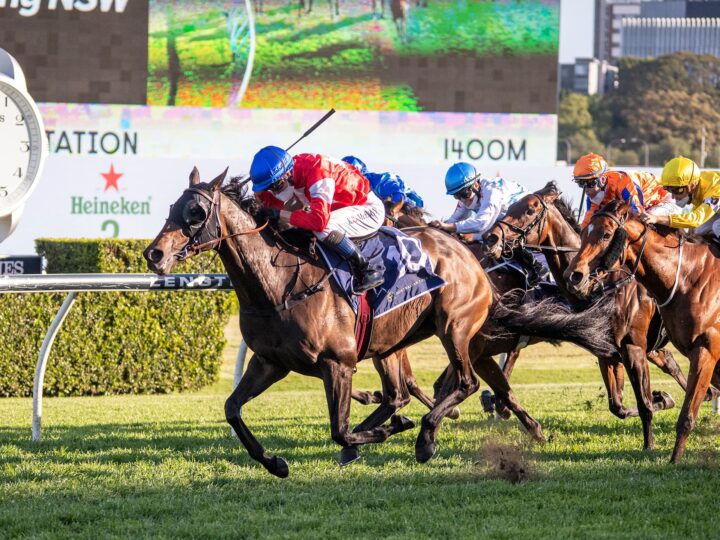 Bonny mare Icebath completed a stellar day for Waikato Stud when the homebred claimed a piece of turf history with victory in the inaugural running of The Invitation at Randwick.

The genuine daughter of the late Sacred Falls, runner-up in both the G1 Doncaster H. and the Golden Eagle, gained an overdue reward when she came from last to land the AU$2 million contest.

It crowned a memorable day for Waikato Stud, whose graduates Forgot You and Noverre were earlier winners of the G2 Drummond Golf Vase at Moonee Valley and the G3 War Decree S. at Riccarton, where Hasabro also won, respectively.

Icebath dropped back to last from the outside gate and rider Kerrin McEvoy urged her around runners 700 metres from home and the mare produced a sustained finish to win for the fourth time in her career.

“She deserves this, it’s great to see and it’s been a long wait and a bit frustrating,” trainer Brad Widdup said. “She’s been great the whole preparation and I thought we were in for a good performance.

“She has been so unlucky so it’s fantastic to see this and it was a good, positive ride from Kerrin – he nailed it.”

Icebath was purchased at the Inglis Classic Yearling Sale for $AU100,000 and provided trainer Brad Widdup with the biggest win of his career.

She is a sister to the G3 Sha Tin Vase winner Courier Wonder with their dam the Savabeel mare Fabulist, successful on five occasions, who has foaled to Sacred Falls in the last two seasons and is in foal to Tivaci.