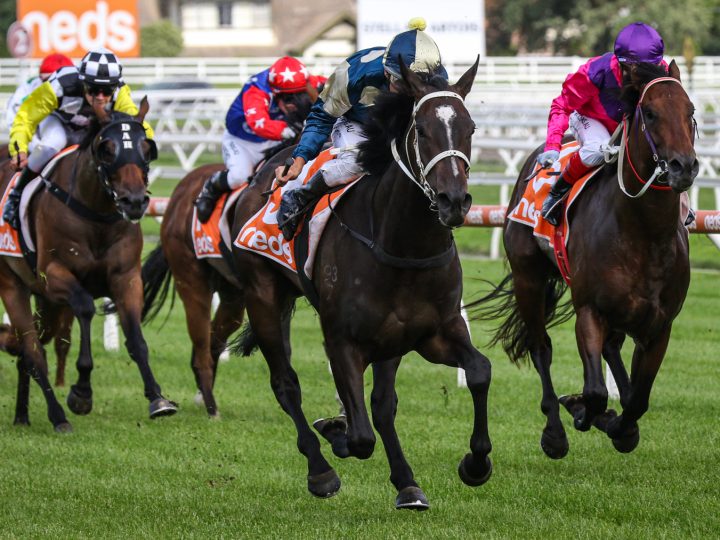 Sacred Falls filly Impecunious has made a dashing start to her Australian career with a commanding debut performance at Caulfield.

Co-bred and sold by Waikato Stud, the 3-year-old made her first appearance from Trent Busuttin and Natalie Young’s stable and was a dominant winner over 1200 metres in the hands of Damien Oliver.

Impecunious was a $140,000 purchase for Riccarton trainer Michael Pitman at New Zealand Bloodstock’s National Yearling Sale and is a daughter of the winning Zabeel mare Sheezababe, who was also runner-up in the Listed New Zealand St Leger.

Impecunious finished third on debut for Pitman and his training partner, son Matthew, before she was successful at Riccarton during the winter.

Those performances courted the attention of high-profile Australian owner Ozzie Kheir, who successfully purchased the filly and now races her with a number of partners.