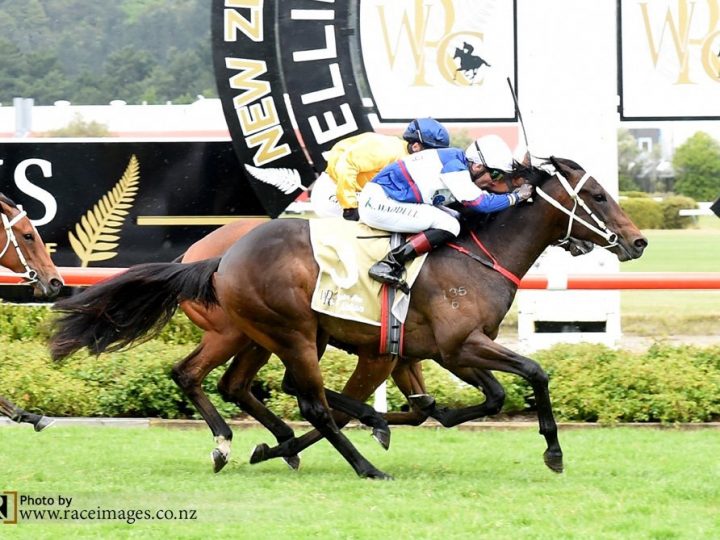 Go Racing’s Albert Bosma would have been cheering from afar today when Exuberant made a flying start to his career.

Currently in England for the Tattersalls Sale, he purchased the Savabeel colt out of Waikato Stud’s draft at Karaka for $160,000.

Exuberant was a trial winner for trainer Stephen Marsh ahead of his debut victory in the Listed Wellesley Stakes at Trentham.

“To do that at his first start in a Listed race shows he’s a pretty classy animal,” Marsh’s racing manager Todd Pollard said.

“He’s a lovely looking 2-year-old, not overly big, but he’s a beautiful horse.”

Exuberant was ridden close to the pace by Jason Waddell and finished willingly in the straight for an impressive victory.

The colt is out of the O’Reilly mare Merrily, whose half-sister Glad was a black type winner.

Taking pride of place on the pedigree page is the unbeaten champion sprinter Black Caviar.