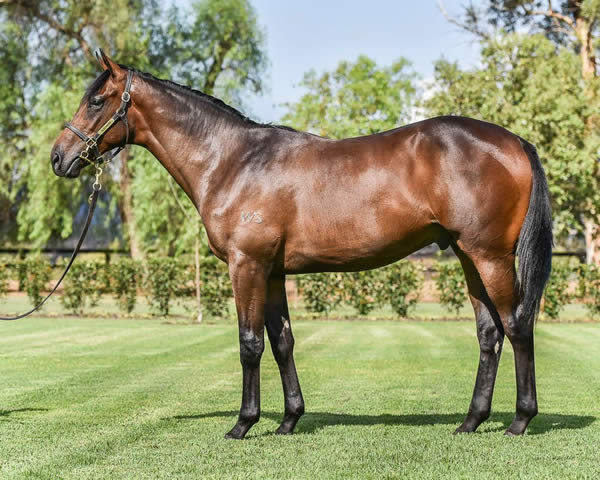 Savvy Crown as a yearling

Savvy Crown struck for the second time in his brief career this afternoon with a runaway success at Hawkesbury.

The 4-year-old son of Savabeel made light work of his Class 1 opposition to score by nearly 5l over 1600 metres with a minimum of persuasion from rider Rachel King.

He is trained at Newcastle by Jason Deamer and has now won twice from six appearances with his maiden success posted during a brief autumn campaign.

Bred by Waikato Stud, Savvy Crown was sold through Sledmere Stud’s draft at the Inglis Premier Yearling Sale with Dynamic Syndications signing the docket for AU$160,000.

He is the first foal of the O’Reilly mare Tiara, who was successful on a couple of occasions, and she is a grand-daughter of the G1 Auckland Cup winner Royal Tiara. She also finished runner-up in the G1 Queensland Oaks.

There is also an international element to the pedigree as it’s also the family of the G2 Temple Stakes winner and G1 Newmarket July Cup placegetter Elbio and the G3 Turffontein Racing Association Handicap winner Elbio.