Improved Hanger closes out his season in style 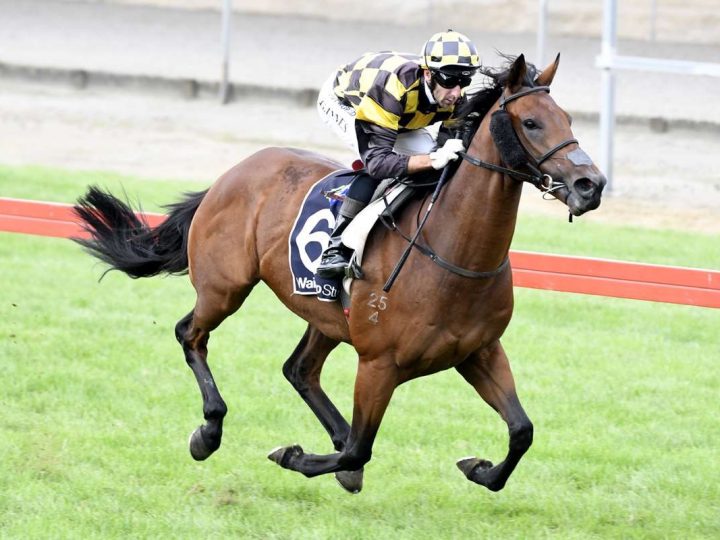 Roger James has been well-satisfied by Hanger’s progress this preparation, which closed on a top note at Pukekohe this afternoon.

The Cambridge trainer is now almost certain to send the Waikato Stud-bred three-year-old to the paddock.

“That’s likely to be it for now though. He’s where we want him as far as his racing manners go, so he can go out and we can look forward to next season with him,” James said.

After a frustrating start to his career, Hanger has come good this time in and has now strung consecutive wins together after a maiden success at Matamata.

Hanger is raced by Waikato Stud in partnership with Cambridge Stud principals Brendan and Jo Lindsay.

He is a son of O’Reilly and the Savabeel mare Do Ra Mi, whose three wins featured the Gr.2 Kewney Stakes.

She is a half-sister to the farm graduate Marju Snip, whose career highlight was victory in the Gr.1 Australasian Oaks.