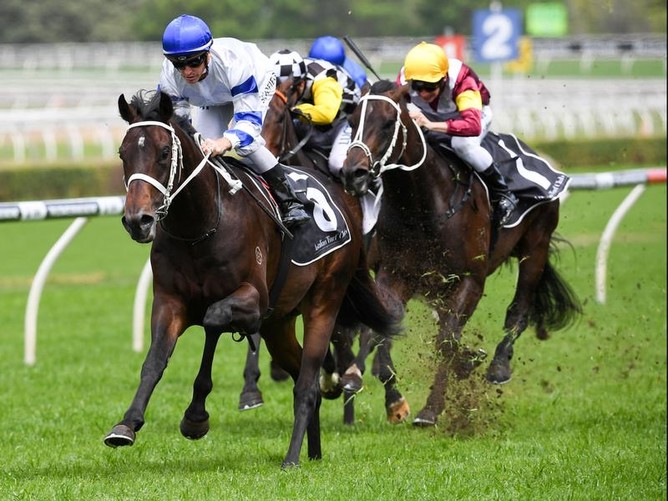 Kaonic (Savabeel) brought back memories of Kermadec at Randwick, as the colt locked onto the same spring path as the Group One winner.
Racing in the same colours as Kermadec for owner Neville Morgan, Kaonic’s second win in three starts rubber stamped Chris Waller’s plans to send the three-year-old to Melbourne.
After claiming the 2CH Handicap (1600m) by two lengths, Waller’s racing manager Charlie Duckworth said Kaonic would target the Group Three Carbine Club Stakes over the same trip on Victoria Derby day at Flemington on November 4.
Kermadec won the Carbine Club Stakes in 2014, the first black-type victory for the subsequent Doncaster Mile and George Main Stakes winner.
“Hopefully he can head to Melbourne for the same target as Kermadec himself,” Duckworth said.
“That was the plan before the race and it’s a lot easier to make the call now that he’s gone and done that on a softer track,” Duckworth said.
“What makes him good is the fact he’s so laid back about it all. He takes it all in his stride,” Duckworth said.
Glyn Schofield rode Kermadec to glory in the George Main Stakes in 2015 and is keen to stay on Kaonic when he ventures to Flemington.
“He’s come a long way in a short period of time, he’s certainly going about it the right way,” Schofield said