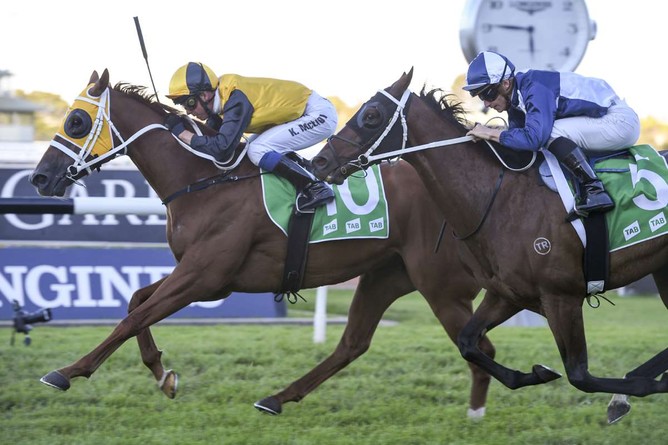 Race fitness gave Star of the Seas the edge over his rivals in The Championships On Sale (1400m) at Rosehill on Saturday.

The Chris Waller-trained four-year-old put in another honest performance and finished strongly to collect his fourth career win and is yet to run out of the money in eight starts to date.

The Trelawney Stud-bred gelding was destined for the sales as a yearling before the Cambridge based farm were forced to withdraw him due to issues on his pre-sale x-rays. He was sold off the back of a trial win when prepared by Clayton Chipperfield through bloodstock agent Phil Cataldo to Sydney based Tony Muollo.

“He’s a good handy horse and owned by some good people,” Waller said.

“He’s a three-quarter brother to Spieth and we hoped he might be as fast as Spieth, he’s not but he fights and that’s what we saw when he picked himself off the canvas today to win.

“You can’t replicate that race fitness.”

Jockey Kerrin McEvoy was equally impressed by the performance of the progressive galloper.

“It was a good effort,” McEvoy said. “He had a nice run and handled the ground and is improving all the time.” -NZ Racing Desk