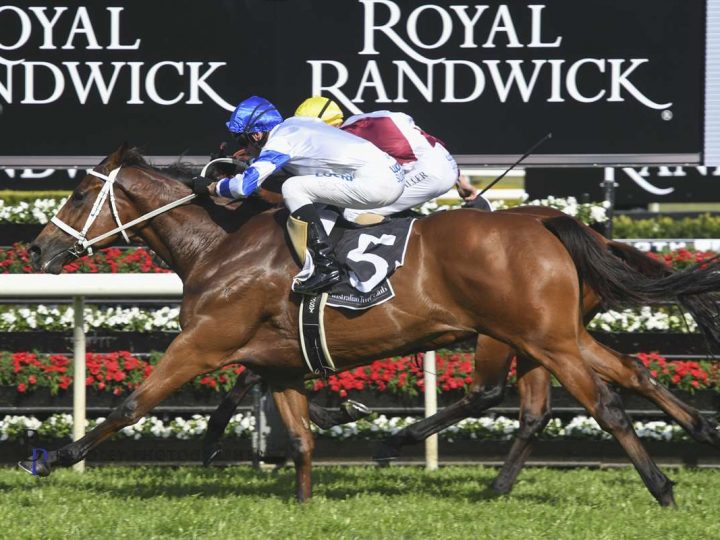 The Chris Waller-trained Kolding will now have a crack at Group One honours with a confirmed start in the Epsom Handicap;.

“He’s got 50.5kg and that’s a winnable weight. There’s a sense of timing, he’s been set for the race,” Waller said.

“It was a good run and he’s a really nice horse. It was good to see him fight like that.”

A $170,000 Karaka graduate, Kolding is a son of the Danzero mare Magic Star, who has also left the Group Two winner Sampson.

The dam is a half-sister to the multiple Group Two winner Make Mine Magic.