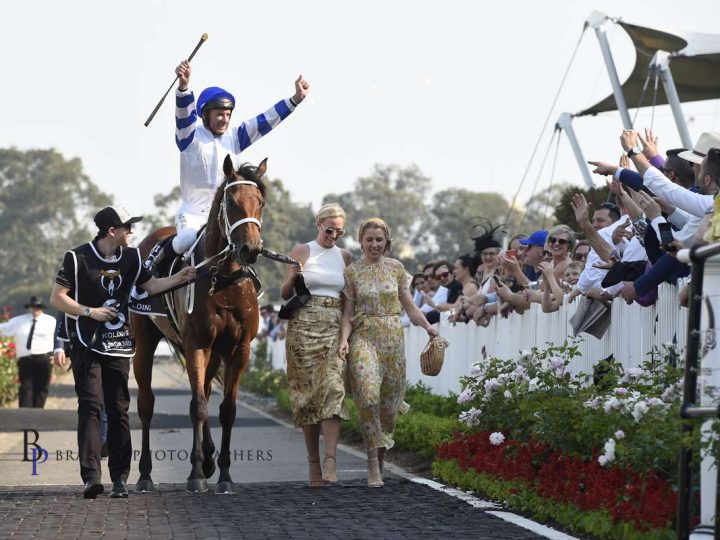 He produced the stallion with his first Group One success when victorious in the Epsom Handicap at Randwick and wrote another headline at Rosehill.

Kolding looked to be in trouble in straight before rider Glen Boss found a gap and the four-year-old was through in a flash to win the Golden Eagle.

“I knew I was on the right horse going into the and when we got the split I knew I had it,” Boss said.

“He’s got a very good turn of foot. I’m privileged to be part of this and he’s a serious animal.”

Kolding is trained by Chris Waller and he’s is confident he can add to his Group One tally in the autumn.

“That was very special and he’s not finished yet,” he said.

“The Doncaster Handicap and the Queen Elizabeth are options and maybe even the Cox Plate.”

A $170,000 Karakla purchase, Kolding is out of the Danzero mare Magic Star.