Kukeracha goes to another level to claim Group 1 honours 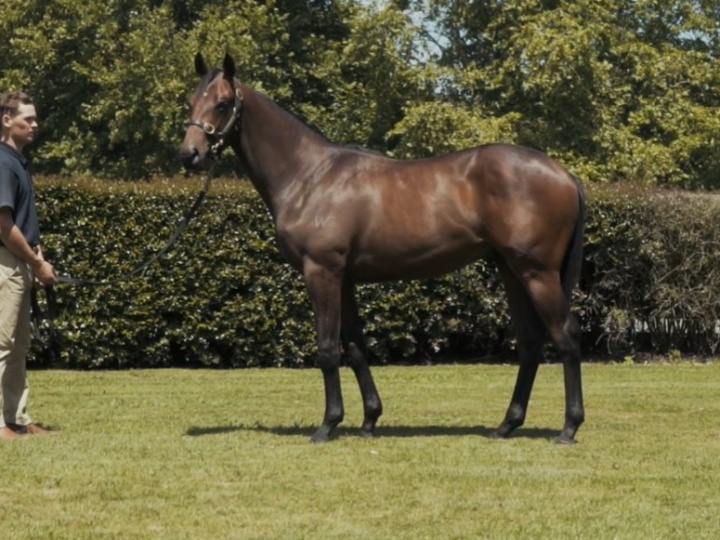 Waikato Stud graduate Kukeracha capitalised on a typically professional ride from James McDonald this afternoon to land the thick end of the G1 Queensland Derby stake in a driving finish at Eagle Farm.

McDonald didn’t cover any extra ground, settling the 3-year-old midfield on the fence and when the field fanned out in the straight they speared between runners and ran out a strong 2400 metres to land his third career victory.

“That was a bit too close for comfort, but I’m just rapt and obviously I was on the right horse. He was cherry ripe, just a very good horse and he deserved it,” he said.

By the dual Group 1 winner Night Of Thunder, Kukeracha is a son of the American-bred AP Indy mare Portrait Of A Lady who has also produced the G3 Keith Nolan Classic winner Cameo.

Portrait Of A Lady is a half-sister to the dual North American Group 3 winner Layman, also a multiple Group 1 placegetter and the family of the top-flight winner and producer Cape Cross.

Kukeracha was in good form leading into the Derby with placings in both the G2 Queensland Guineas and the G3 Rough Habit Plate.

“The team has done a fantastic job with this horse. We had a great opinion of him as a 2-year-old, but he just lost his way a bit and we gelded him,” Waller said.

“His runs in the Guineas and the Rough Habit were both very good and today he was fantastic.”