Love Affair ready for next challenge 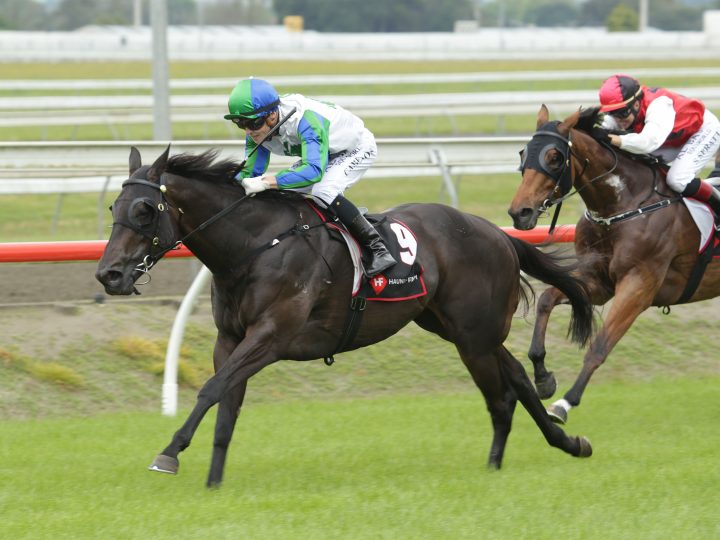 A conservative approach to what looms as a career-defining campaign looks set to pay dividends for progressive mare Love Affair.
The highly regarded Savabeel four-year-old stepped out for the first time this season at Pukekohe on Saturday and put up one of the performances of the day as she raced to victory against some tough opposition in a rating 85 1400m contest.
Unsighted since completing a three-year-old campaign that yielded three wins from just 4 starts, the Murray Baker and Andrew Forsman trained mare had been idling around their Cambridge yard waiting for the improved tracks to take hold.
Saturday’s Dead4 rated surface was perfect for the mare’s resumption although Forsman admitted the stable were a little concerned she may have been found wanting with only one trial under her belt.
“We’ve always held her in very high regard and we believe she has what it takes to get to the top,” he said.
“She was given a decent spell through the winter as we thought as a four-year-old she would really start to shine so we weren’t too concerned about getting her up for some of the earlier spring races as the tracks wouldn’t have been in her favour.
“In saying that we did need to get a run into her if we are going to tackle some of the better races coming up, so Saturday was an important day for her.
“I did think she may have been a run short, but she showed what she is capable of with that performance.”
After settling well off the pace in the early stages rider Matthew Cameron had Love Affair trucking along nicely just beyond midfield for the majority of the race.
With the field stretched across the track at the 250m mark, Cameron angled her into a gap and set out strongly after pacemaker The Justice League.
Love Affair quickly joined issue before racing away in the closing stages to win easing down by two and a quarter lengths in a sharp 1.22.7 for the 1400m journey.
“With that run under her belt I think she is ready to step up to stakes company next,” said Forsman.
“She probably would have been pretty competitive against the fillies and mares in the Group Two on Saturday but that was never a consideration without a run under her belt.
“As long as she pulls up well her next assignment will be the Gr. 2 Cal Isuzu Stakes (1600m) at Te Rapa next month and then we will look at where she can go after that.”