Mare making her mark at stud 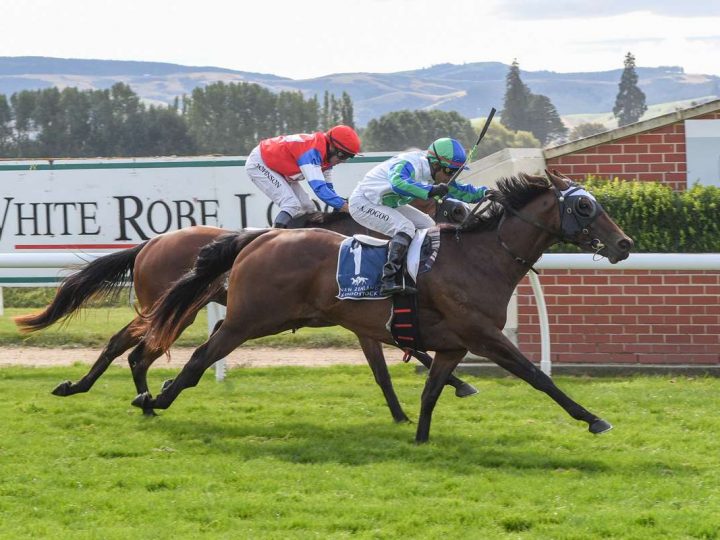 Residential
Metropolitan was a dual stakes winner during her racing days and she is now doing a fine job at stud. The Elusive City mare has a 100 per cent record with all three of her foals to race having now won after Saturday’s success of Residential at Riccarton.
A half-sister to Colonel Custer (Savabeel) and Urban (O’Reilly), the John and Karen Parsons-trained filly had placed in two of her previous three appearances. The daughter of Pins made the breakthrough in the hands of stable apprentice Gosen Jogoo over 1400 metres. “There’s a lot of improvement in her on the better tracks,” Karen Parsons said.
Residential is from the Group One family of the former top-class mares of Ajasco, Silver Liner and Petrava. Her half-sister by O’Reilly was purchased out of WS’s draft to Karaka last year for $140,000 by Sydney trainer Bjorn Baker.
Back to all news
SHARE
Recent News