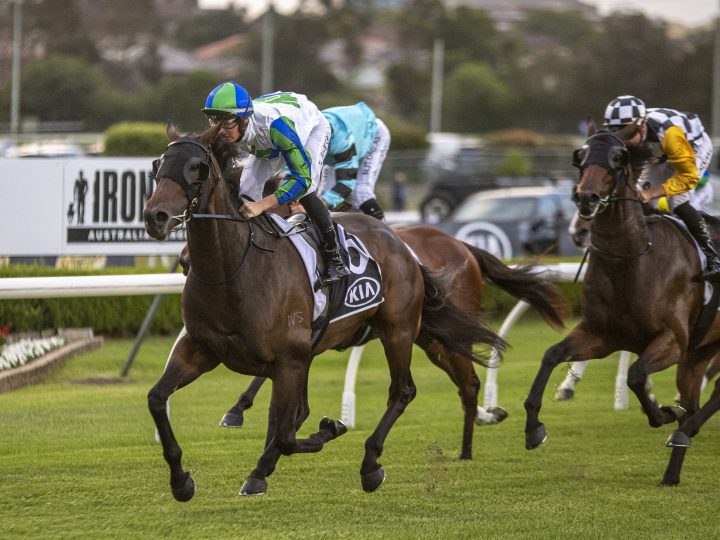 On The White Turf - Image courtesy of Ashlea Brennan Photography

Waikato Stud’s familiar stylised silks were to the fore at Canterbury Park on Friday evening where On The White Turf added to her tidy record.

It was the second success on the course for the Savabeel mare having won over the 1550 metres last month and has now amassed five victories from her 19 career appearances for trainers Richard and Michael Freedman.

A sister to three winners, On The White Turf is a daughter of the Pins mare Pins On Ice, who won three times in Victoria and she is a sister to the G2 Avondale Guineas and G3 Taranaki 2YO Classic winner Icepin, also successful in Hong Kong as Regency King.

Pins On Ice is a half-sister to the Listed Tattersall’s Open Mile winner Frozone and under the third dam is former Waikato Stud sire Kinjite, a three-time winner at Group 1 level, and the G2 Ascot Vale S. winner Scaredee Cat.