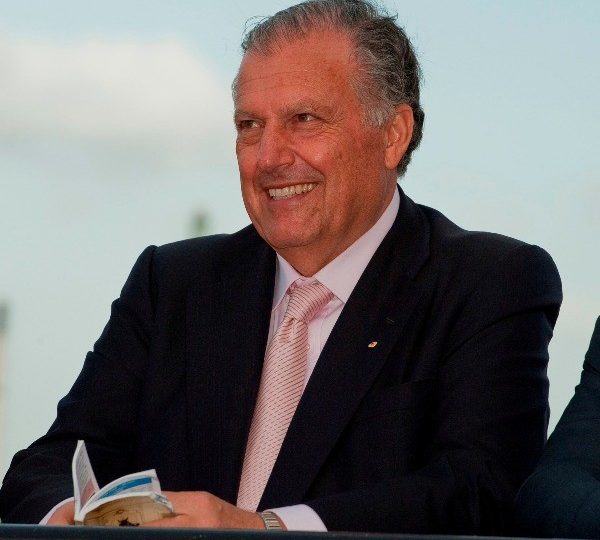 John Messara is determined to turn the New Zealand racing industry around.

(By Brian de Lore, The Informant)

Close your eyes and make a wish for racing!

If a year ago you had been accorded that luxury and thought “I want Winston Peters back as Minister for Racing and I want him to appoint John Messara to review New Zealand racing”, the TAB odds on that double would have been 10,000 to one.

Yet, it’s happened. No-one in their wildest dreams could have predicted such a long-shot double. For a decade or more, we in New Zealand racing and breeding have experienced a steady decline that has become serious to point of a crisis.

This is a double that this writer had both hoped for and actively sought but never believed might become an actual reality. But now, I can pinch myself along with everyone else who has been constantly separating facts from NZRB fiction and say that the light at the end of the tunnel may not be a gravy-train heading straight at us but instead rays of sunlight from the rising dawn of a new racing era.

We are not over the line by any stretch, but to quote an oft-used line ‘the wheels are in motion’ is enough to say we have commenced a journey that will take us down a path never previously taken by racing and towards a destination of greener fields and richer pickings.

Using the train-station analogy – after years of sitting idle on rusty tracks we have now set off with the Minister driving the train at his speed and Messara firing up the furnace to produce a head of steam that will easily propel us to a new destination called Racebetter.

Messara has already commenced his review as you read this and will be working at full pace to produce an analysis of the structure and strategies of New Zealand racing to be delivered in a report to the Minister with his recommended changes at the earliest possible time.

Speaking to Messara soon after the announcement last Thursday, he said: “We are going to turn it around; I’ve agreed to it and I’m happy to help – New Zealand is part of the family and we are going to get moving on it.

“I will be doing a lot of research before I come up with my recommendations and I’ll be visiting once every two weeks for a couple of days. I have been retained by the government so I can’t say anything more than that.

“Any questions will have to be answered by Winston Peters and not by me. I can’t say anything about the project – my report has to be to him and nobody else.”

The blank sheet of paper is on the desk but still blank and understandably, little more will be heard until Minister Peters has devoured the completed Messara Report and is ready to make an announcement about changes. Rest assured, the Minister will not be saying anything until he is good and ready.

Reaction to the Messara appointment has mostly been very positive and both the Messara office in Sydney and NZ First having been inundated with emails of support and enthusiasm for the review.

And while ‘mum’s the word’ on the progress Messara will make while delving into racing’s administrative abyss, his record as a trouble-shooter for Racing NSW suggests his recommendations in the end will be substantial and game changing.

Having known Messara since the late1970s as a somewhat younger journalist working for the monthly Racetrack magazine in Sydney; having knowledge of his entree committee role in racing which happened to be the NSW Racehorse Owners’ Association, Messara is a familiar character to this writer.

Add to that his commissioning from me a feasibility study into founding a new racing publication in the early 1980s for which there were numerous visits to his then Sydney stockbrokers office, also his two years as a director of Ra Ora Stud during my term as general manager, and having attended his lavish 40th birthday party at Arrowfield Stud way back in the day, it’s fair to say those experiences have provided an insight to how the man thinks and acts.

Then take a look at his achievements in more recent times. He was the founder and is principal of Australia’s most successful stud and the business acumen he displayed during his five years as Chairman of Racing NSW (2011-2016), and as Chairman of Racing Australia for just on three years during the same timeframe, is unprecedented.

He and Racing NSW CEO Peter V’landys turned around racing in their state, where the industry was declining alarmingly and falling behind Victoria until the pair constantly lobbied the NSW Government and took drastic remedial action.

Messara is an uncompromising character who likes to get his way and isn’t fazed by treading over a few slowcoaches or dissenters to achieve a result for the greater good. His appointment by Peters is a stroke of genius and there’s no doubt the Minister will trust the Messara recommendations and get straight into action with the appropriate legislation.

My experience with Messara tells me he will be savage on expenses – he will cut costs to the bone as he did at Ra Ora and later Racing NSW. Instead of the NZRB costing $205 million to run and returning $143 million to the codes, those figures might be reversed. He will set out to maximise the returns to the codes which will on-flow to the owners, trainers and all other participants in thoroughbreds, harness and greyhounds.

In my chat with Messara at this year’s Karaka Yearling Sales from which the ‘blank sheet of paper’ article published in the February 1 edition of The Informant was hatched, one of the points he stressed was cost saving.

“I can’t understand why you don’t immediately cut your costs and stop variegating about it,” Messara said. “It’s one thing you could do straight away.”

Messara’s list of achievements at Racing NSW under the sub-heading of ‘Costs’ is highlighted by ‘Cost effective industry management’ which states that ‘Racing NSW operates at 38 per cent of the cost of Victoria despite running approximately 20 per cent more race meetings.’

All this points to the costs at NZRB having the guts ripped out of them. But costs at NZRB will not be scrutinised alone, because the code bodies are certain to get the same treatment as are the Racing Integrity Unit (RIU) and the Judicial Control Authority (JCA).

This cumbersome set-up is not only expensive but poorly conceived and possibly destined for the dustbin. Messara overhauled ‘Integrity’ in NSW and setup a Racing NSW Investigation and Surveillance Unit amongst many other associated reforms that streamlined the integrity side of racing. This could well be the template for an alternative New Zealand model.

Other reforms that Messara addressed and vastly improved during his tenure for Racing NSW included industry modernisation sustainability, animal welfare and jockey welfare. He was also the overseer of NSW thoroughbred prize-money increasing from $118 million to $203 million per annum and he was instrumental in the creation of The Championships.

It all points to Messara being the perfect man for the job. But despite the impressive CV and his impartiality, immediate criticism was levelled by National Party Spokesperson for Racing Ian McKelvie who released a statement a day after the Peters announcement entitled ‘Shine coming off Peters’ racing crusade’.

But the only shine detected in McKelvie’s press release was that radiating from the adjacent photo of his own bald head. He contended the Messara appointment was contrived only to ‘deliver the answers Mr Peters was wanting on behalf of his supporters’ and the delay to the racefields legislation was costing the industry unnecessarily.

McKelvie’s words barely justify a response, except to say that with the shallow knowledge displayed in his rant it doesn’t look good for racing if National eventually regained power and this ill-advised pretender was to become the Minister for Racing.

When former Prime Minister and legal expert Geoffrey Palmer was used as an adviser to the racing industry back in 2002, he told the authors of the Racing Act 2003 that they should get the wording of that legislation absolutely correct because the train stops at the station only once every 15 to 20 years. Here we are 15 years later with the race-fields legislation on hold for very good reason.

The new legislation will not be rolled out until after the Messara Report has been lodged and then considered by the Minister and to which the race-fields legislation will be added and rolled into one package. The racing industry will get only one chance at this and that’s why Peters confided a month ago, “It’s very complicated and very slow to write but it has to be right before we roll it out.”

In the meantime, Messara will be seen here talking to what he described last week as the ‘key players of the industry’.