Messara Report will be the job only half done 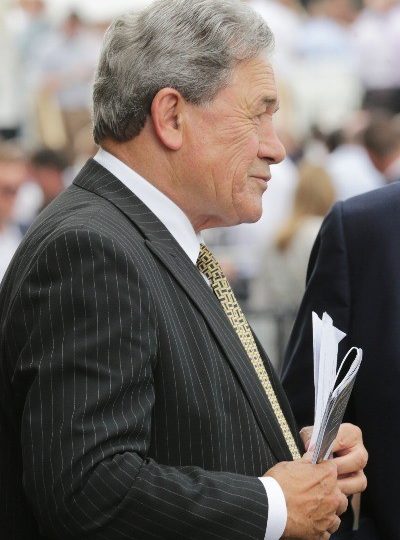 Racing Minister Winston Peters is determined to get it right, starting with the Messara Report.

Benjamin Franklin once said nothing is certain in this life except death and taxes, but in view of events in New Zealand racing over the past couple of weeks a major overhaul of our industry also looms large as an over-the-line certainty.

Arrowfield Stud boss and former chairman of Racing NSW and Racing Australia John Messara is more than a week into compiling his report ahead of forming recommendations that will be delivered to and then adopted by Minister for Racing Winston Peters.

After conducting his due diligence on Messara and then making the appointment, it is unlikely to be followed by debate over the recommendations. Peters knows that Messara has the track record, the experience and know-how to do the job, and it would be naïve to believe the Minister would do anything outside the Messara recommendations.

But once the report has been handed to Peters, the involvement of Messara realistically cannot end at that point in time. The fix will have to be put into practice and who better to do it than Messara himself, which is what happened at Racing NSW in collaboration with CEO Peter V’landys. Completion of the report is a job only half done; implementation is the second phase.

Messara said recently: “In the end, it’s all about personnel. You can have all the right structures for governance, but you need the right personnel in key places or it won’t work.”

And for that reason Peters should appoint Messara as the new Chairman of the NZRB, at least for an interim period as the new board is installed and the industry is reshaped.

Let’s be realistic, the current board members will be gone by the back half of July so the Messara blank sheet of paper strategy, which obviously appealed to Peters and had something to do with the Messara appointment, can be carried through to a satisfactory conclusion. The Minister has that power and it would be delusional to believe otherwise – the way forward has to begin with a completely new board at the NZRB.

Peters wants to leave a legacy for racing and as previously stated; what he is putting in place now will be there to survive succeeding governments and be functional in 10 years’ time and beyond. Messara is unfamiliar with failure and between the two it’s very hard to believe either will consider the job complete until the agenda is not only finalised but set in concrete.

Already NZRB board member Alistair Ryan of Sky City Entertainment has resigned. Greg McCarthy has stated he will not be seeking re-election after serving five years and it will be nothing but a major surprise if chair Glenda Hughes doesn’t tender her resignation before July.

The Messara report and its findings will be wasted if the wrong people are seconded onto the board and a new management team is not up to an unprecedented standard for better governance – a state of industry position we have been sadly lacking. We have a history that chronicles numerous failures and this might be our last chance to get it right.

Messara’s impartiality offers the perfect opportunity to eliminate some of the cronyism in racing that has been prevalent here for years. He is coming in from the outside and therefore will not have preconceived notions or bias about finding the right person/s, and we need a CEO that possesses racing savvy and an uncompromising approach to the task – in the mould of Messara and V’landys themselves.

What we don’t want to hear anymore is that narrow-minded parochialism about Australians; we just want the best person for the job and if that means the best candidate comes from Timbuktu then so be it. Imported CEOs have a poor record but that’s more a symptom of the selection process rather than the origin of the incumbent.

Some years ago when outsourcing of the TAB was first mooted, then Racing Minister Nathan Guy said it would never happen under his watch – for what reason other than a reluctance to be part of an Australian institution is unknown.

Outsourcing the FOB platform to Tabcorp might be achieved for the $6 million to $7 million per annum that RWWA’s is said to be paying instead of the $30 million plus $17 million a year commitment we are tied to under the current NZRB strategy. Outsourcing is simply about sharing the Tabcorp technology already in place and taking full advantage of the $120 million/year that organisation spends on IT development rather than doing it ourselves.

The NZRB this month relented and with NZTR has now formed a steering committee to investigate outsourcing – too little too late. It should have happened years ago. The horse has bolted with the stable door wide open.

The business model that the NZRB has been pursuing has been out of date ever since globalisation took hold in the betting world a decade or more ago. We ultra-conservative Kiwis have been too slow to recognise and embrace the global picture just as we were in the early 1990s when some leaders in our breeding industry decried the then new practice of shuttling stallions. We were soon left behind and our speed out of the barrier is still in catch-up mode.

And today, thinking that we could afford to build our own FOB betting platform at massive cost and then compete with the big, powerful global players just to secure the domestic market alone borders on lunacy. That thinking could only be the product of the insular minds of people with no understanding of the meaning of the word scale.

But while it’s not hard to find evidence in the smorgasbord of NZRB faults and excesses that Messara will be currently examining, don’t forget that the erosion of our industry over the past dozen years or so has also taken place under the watch of thoroughbred code governing body NZTR.

NZTR has simply not been strong enough. Over the said period of time they have watched passively rather than objected loudly, and allowed themselves to be bullied by the NZRB which has taken full advantage of the wording of the Act. Instead of marshalling the Trainers’ Association, the Breeders’ Association and what’s now left of the Owners’ Association into some type of action, they adopted the ‘look-on’ approach and now we’ve had to hire a trouble-shooter.

Henceforth, how exactly the Messara rejig of this business will be shaped is something no-one really knows at this time. While his head is no doubt buried in annual reports, submissions, etc., he won’t be making statements and will remain silent until his completed report is delivered to the Minister.

But we do know from previous discussions that he believes we are overburdened with one level of administration too many, we are far too expensive to run, management of the finances should revert back to the codes and that in the end it comes back to the quality of the personnel. That was an overview from Karaka Sales time but whether or not all these beliefs will still hold true through to the completion of the report is the burning question.

Personnel has been a sticky issue in the past but New Zealanders who could be part of the future of our racing include lawyer Mark Freeman who is chairman of the NZTR Pattern Committee and the son of one of our most successful administrators in Bill Freeman, and Dean McKenzie, who has an impressive record of success where ever he’s been.

McKenzie is now something of a wasted talent to racing employed in the food industry, but previously he was CEO of the Metropolitan Trotting Club at Addington for six years, that despite his background from an early age in thoroughbreds in Southland, where he qualified as an accountant.

McKenzie is the most recent appointee to the Board of NZTR, but he is someone racing needs to get back full-time. Likewise, Freeman understands racing and should at least be utilised at Board level.

These are just two suggestions to enhance the future of New Zealand racing. My knowledge of them is limited but it demonstrates that New Zealand does have the expertise to make a significant contribution to the industry’s future and get our best people into governance. Others are certain to be on the periphery, and Messara must be made aware of them all.