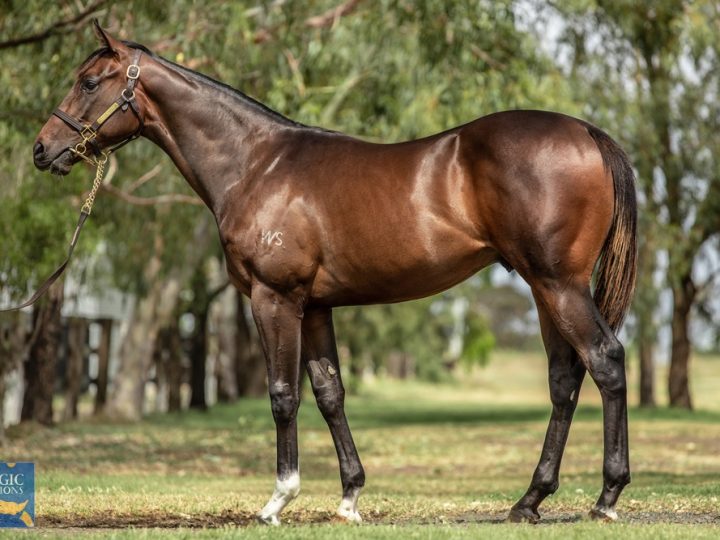 A son of Tivaci from a strong domestic and international black type family led the way at the Magic Millions Gold Coast Yearling Sale for Waikato Stud this afternoon.

The bay colt, Lot 442, caught the eye of multiple G1-winning trainer Peter Moody, who beat off the opposition with a final bid of AU$260,000.

The son of the Matamata farm’s resident Tivaci is out of the Dylan Thomas mare Kim Dynasty, who was successful three times, and is a half-sister to the G1 New Zealand Thoroughbred Breeders’ S. winner Arlingtonboulevard.

She is also a half-sibling to Escape From Africa, who won five races including the Listed Scottsville Scarlet Lady H. and was third in the G2 Clairwood Gold Circle Oaks.

Further back in the pedigree are the North American stakes winner Jack Of Clubs, also a G1 placegetter, and Military Chief, who was a Singapore black type winner.

Waikato Stud’s other offering today was Lot 605, a daughter of Savabeel and she sold to John O’Shea for AU$200,000.

She is out of the O’Reilly mare O’Dianne, a juvenile winner and the family of the G2 Clairwood Golden Slipper winner and G1 Milnerton Cape Fillies’ Guineas runner-up Dahlia’s Legacy.

Also appearing on the pedigree page is the three-time G2 winner Century Kid.