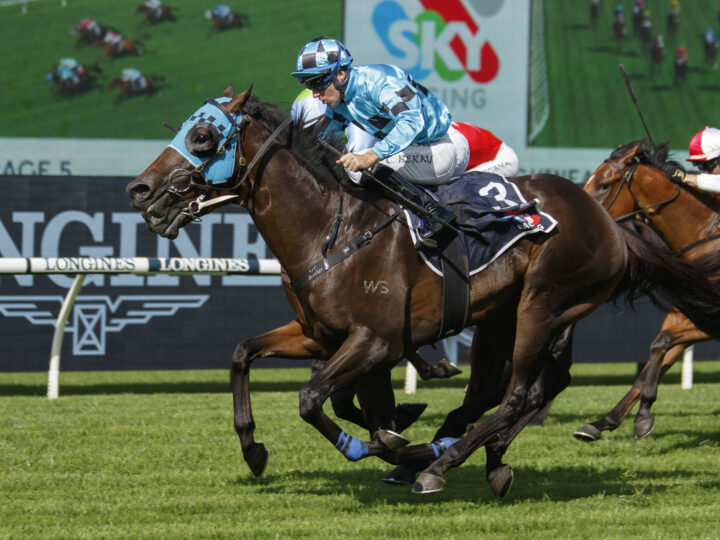 High-class colt Mo’unga has continued Waikato Stud’s impact at the highest level of Australasian racing with a thrilling and deserved victory this afternoon in the G1 Rosehill Guineas.

The son of Savabeel followed the winning lead seven days ago of a daughter of the Matamata farm’s champion sire when Amarelinha triumphed in the G1 New Zealand Oaks.

Mo’unga was a $325,000 New Zealand Bloodstock Yearling Sale purchase for the Fung family and provided his trainer Annabel Neasham with her first Group 1 win.

The colt had been unlucky at his previous appearance when he overcame an interrupted run to finish second in the G1 Randwick Guineas and had no trouble going one better today under jockey Tommy Berry.

“I can’t believe it to be honest. I was a bit worried in the run and I thought he would have been a bit further forward than he was and the leaders were getting away, but Tommy knew what he was sitting on,” Neasham said.

“I just can’t thank the Fung family enough for giving me an opportunity with a horse like this. He came to me in great order and it was up to us to get the job done.

“Everybody has done a marvelous job and full credit to Tommy. He came in and galloped him at 3.45am on Thursday before going to Randwick and his father John works with us so he’ll be jumping up and down at home.”

Neasham wouldn’t be drawn on the immediate future of Mo’unga, with Group 1 options including the Australian Derby, the Doncaster H. and possibly the Queen Elizabeth S.

“I don’t know yet – we’ll enjoy this one and then have a think about things next week,” she said.

Mo’unga settled in the back half of the field before Berry urged the colt to improve 650 metres from home and he held a sustained gallop in the straight.

“It’s been a good win, especially after his last-start when he was so hard done by. I wasn’t going inside again and I knew Sky Lab would take me into the race and I just had to pop out a bit earlier than I would have liked,” Berry said.

“He is such a good colt and he can go to a Derby, he had to cover a fair bit of extra ground. He is so good he could go to the Derby or he could be freshened up for the Doncaster.

“I can’t ride 49kg in the Doncaster so I hope he goes to the Derby.”

Mo’unga is the fourth foal of Group 3-placed galloper O’Reilly mare Chandelier, who is a full-sister to the Group 2 winner Irlanda. The mare has been back to Savabeel twice since the birth of Mo’unga in 2017, producing a filly and colt during the 2019 and 2020 seasons.