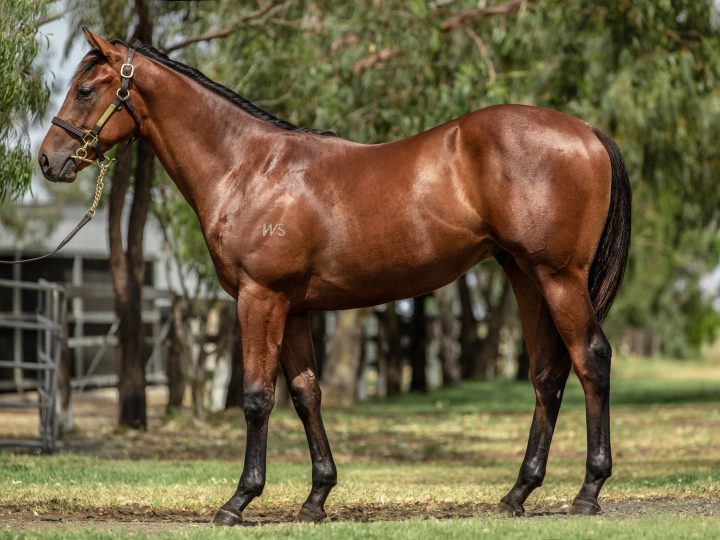 A son of Savabeel from a potent Waikato Stud family led the way for the Matamata farm on the opening day of the Magic Millions Gold Coast Yearling Sale.

The youngster is a brother to this season’s Listed Hawkesbury Rowley Mile winner Savacool with their dam the unraced Anabaa mare Chilled Out, a half-sister to the Listed Red Roses S. winner and two-time Group 1 placegetter The Big Chill and to the dam of the two-time Group 2 winner I Am Coldplay.

Danny O’Brien has enjoyed a long and successful association with Waikato Stud, right back to the days of the Chittick family’s Glamour Puss who was a two-time Group 1 winner from his leading Victorian stable.

O’Brien has continued to prosper with the progeny of the farm’s stallion roster and he successfully secured youngsters by Savabeel and Tivaci.

He went to AU$190,000 for a daughter of Tivaci, Lot 138, who is out of the unraced Savabeel mare Caramel Sundae, a three-quarter sister to the Group 2 Manawatu Challenge S. winner Splurge.

He is a son of the Group 3 Thoroughbred Club S. winner Splashing Out, a three-quarter sister to the multiple Group 1 winner and sire Sacred Falls.

Four lots earlier, O’Brien signed for the Savabeel colt out of the Pins mare Candelabra for AU$170,000.

The dam is a half-sister to the Group 1-winning siblings Diademe and Embellish and it is also the family of Sacred Star, a former champion sprinter who was twice successful at the highest level.

Waikato Stud’s final offering on day one at the Gold Coast was a Tivaci colt, Lot 160, who was sold to Danielle Seib for AU$120,000.

He is a half-brother to five winners, including the stakes-performed sisters Symphonic and Tralee Chorus, and their dam is the unraced Danasinga mare Chorus.

She is a half-sister the Group 1 Ellerslie Sires’ Produce S. winner Good Faith and is family to the multiple Group 1 winner Daffodil and the unbeaten Group 1 New Zealand 2000 Guineas winner Aegon.