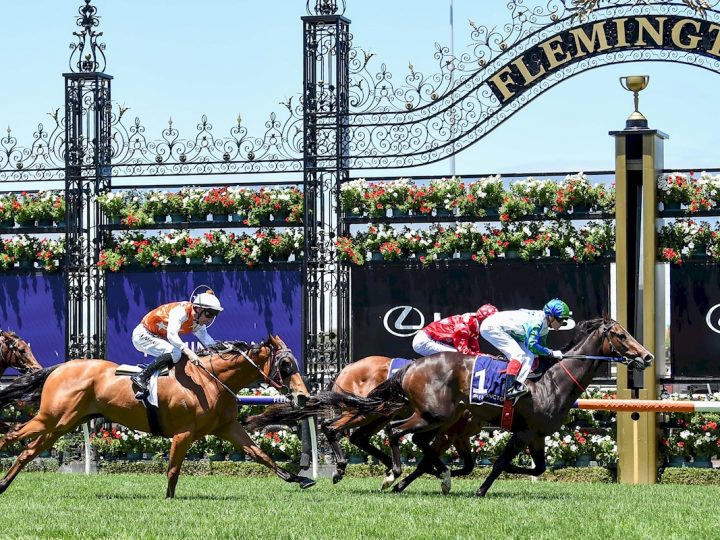 Waikato Stud filly My Pendant has earned herself a summer holiday at the beach after completing a hat-trick of wins in stylish fashion at Flemington.

Ridden by Craig Williams, My Pendant was sent off the $3.30 favourite and continued her impressive progression through the age group ranks.

O’Brien said My Pendant would head to his training property at Thirteenth Beach and have a break before reappearing in mid-February.

He said the filly deserved a shot at a stakes race and indicated the Gr.3 The Vanity (1400m) at Flemington could be a suitable target.

“She’s come a long way in a short time,” O’Brien said. “It was lovely to see her stretch out a little bit further in distance.

“She does switch off really well and it was a solid 1400 metres so if stamina was an issue she would have been found out.

“She’s still doing a bit wrong, still wanting to lay in, but I think she’s got a bright future and she could handle a rise to a mile (1600m) and possibly get a bit further.

A daughter of Pins, My Pendant is out of My Locket who is a half-sister to the Gr.1 Queensland Oaks winner Keepsake.

Waikato Stud will offer a half-brother by Ocean Park (Lot 244) to My Pendant during Book 1 at Karaka next month.