Nicking tricks: what works with Savabeel? 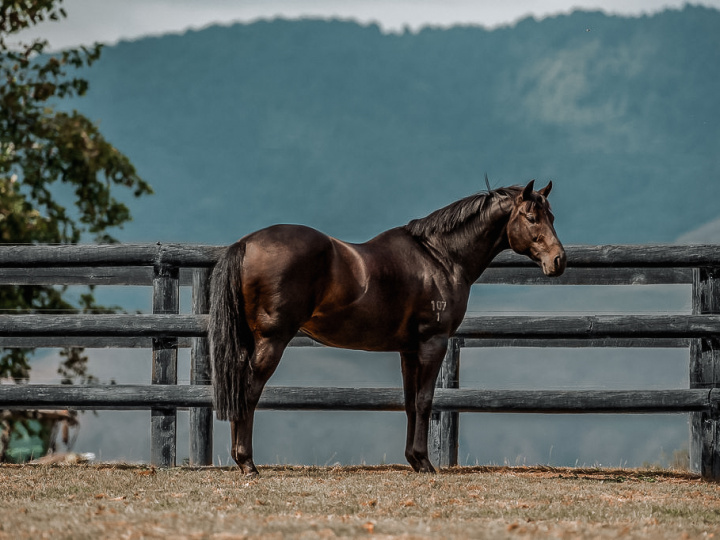 The G1 Cox Plate has featured on the resume of several classy stallions in recent years with one of those being Waikato Stud stalwart Savabeel.

A $400,000 Magic Millions Gold Coast Yearling purchase for Graeme Rogerson who bred him in conjunction with Glenlogan Park, Savabeel showed immediate toe, bolting in to win his Kensington debut over 1000 metres as a summer 2-year-old.

Savabeel shone at the back end of his spring 3-year-old campaign – showing great heart winning the G1 Spring Champion S. before holding off Fields Of Omagh (Rubiton) in the Moonee Valley feature and backed that performance up a week later with a gallant second-place finish behind Plastered (Laranto) in the G1 VRC Derby.

While he did not win another race, he was terrific splitting Elvstroem and Lad Of The Manor (NZ) (Zabeel {NZ}) in the G1 CF Orr S. the following autumn at the start of his next campaign, with a host of Group 1 gallopers, including the great Makybe Diva (GB) (Desert King {Ire}), behind him.

Retired that spring (2005) to Waikato Stud, Savabeel kicked off with six debut crop stakes winners and has been a reliable source of black-type success ever since.

A great stallion will fare well anywhere but they can be certainly helped along when the local broodmare population suits him and Savabeel was well and truly made for New Zealand, and even more specifically for Waikato Stud.

The farm which was also home to the late O’Reilly (NZ), a horse who has some lovely things in common with Savabeel, such as multiple strains of the prolific Selene (GB) (Chaucer {GB}) family of which Savabeel’s legendary grandsire Sir Tristram (Ire) is a member.

And O’Reilly boasts a Round Table (USA) strain, a horse to whom Savabeel is line-bred 4 X 6 – noting also that O’Reilly’s Round Table strain comes via his son Tell (USA), who is bred on a close 2 X 3 cross of his own third dam Knight’s Daughter (GB) (Sir Cosmo {Ire}), Round Table’s dam.

The Tell strain comes through Pompeii Court (USA), damsire of O’Reilly. Pompeii Court also stood at Waikato and all three of the Savabeel runners out of his daughters are winners including the stakes winner Warrentherooster (NZ) and the stakes-placed Eye Raced Ninety (NZ).

Savabeel has had ample opportunities with O’Reilly mares – in fact there have been 225 named foals bred on this cross.

Also, Waikato alumni are Pins, another horse with strong Selene influence, and Centaine who is bred on the same My Babu (Fr)/Todman cross as Savabeel, noting that Savabeel’s Group 3-winning grandam Alma Mater (Semipalatinsk {USA}) is bred on a 4 X 4 cross of Todman’s dam Oceana (Ire) (Colombo {GB}) with the great grandsire being Todman’s brother Noholme II.

Let’s have a look at how Savabeel has fared with his fellow Waikato stallions.

Table: How Savabeel has done with daughters of O’Reilly (NZ), Pins and Centaine and also the success he has had with mares with these stallions elsewhere on the dam side.

Meanwhile, the other four bred on a similar cross is one of O’Reilly’s great-granddaughters Probabeel (NZ), The Chosen One (NZ) and Savvy Coup (NZ), who are both out of a granddaughters of O’Reilly and Icebath (NZ).

A recent winner of the G1 Empire Rose S., Icebath is by O’Reilly’s son Sacred Falls (NZ), who also stood at Waikato, and out of a Savabeel mare. She is bred on a 5 X 3 cross of her second damsire Centaine.

Savabeel is a son of the mighty Zabeel (NZ) whose third dam Derna (Fr) (Sunny Boy {Fr}) is also the grandam of Carnegie (Ire). She has proven to be a high-class line-breeding subject and of Savabeel’s 17 runners out of Carnegie mares, 14 are winners – five stakes winners including the Group 1 mare Concert Hall (NZ).

Carnegie is by Sadler’s Wells (USA) whose grandam Special (USA) (Forli {Arg}) is one of the great modern day line-breeding influences – at her most powerful when Sadler’s Wells combines with her son Nureyev (USA), Zabeel’s damsire. Savabeel and Sadler’s Wells have come together in the pedigrees of 27 stakes winners, five at Group 1 level.

Savabeel is one of the three G1 Cox Plate winners out of mares by Success Express (USA) and he is doing well when that underrated influence is duplicated – 16 of the 21 runners being winners, four at stakes level including the Group 2 winners Gold Fever (NZ) and Lady Kipling (NZ). The latter is one of Savabeel’s three runners out of mares by Success Express’ son Al Akbar – all of whom are winners including the dual-Listed winner No Tricks (NZ).

Like his sire and grandsire before him, Savabeel has also done a good job with Danehill (USA), his best successes with this line.

Ten of Savabeel’s stakes winners, including four of his Group 1 winners, carry a strain of Selene’s descendant Star Way (GB), whilst the G1 Diamond S. winner Sword Of Osman (NZ) boasts a rare strain of Mossborough (GB) whose dam All Moonshine (GB) (Bobsleigh {GB}) – a daughter of Selene – is Sir Tristram’s third dam.

Sir Tristram himself pops up to be duplicated in 23 of Savabeel’s stakes winners, seven of whom are Group 1 winners, the most successful method for this cross being via Grosvenor (NZ) or via daughters of Sir Tristram.

Savabeel’s current star I Wish I Win (NZ) is one of the 22 (including seven Group 1 winners) Savabeel stakes winners carrying a strain of Wilkes (Fr) whose dam Sans Tares (GB) (Sind {GB}) is a half-sister to Zabeel’s fourth dam sire Norseman (Fr).