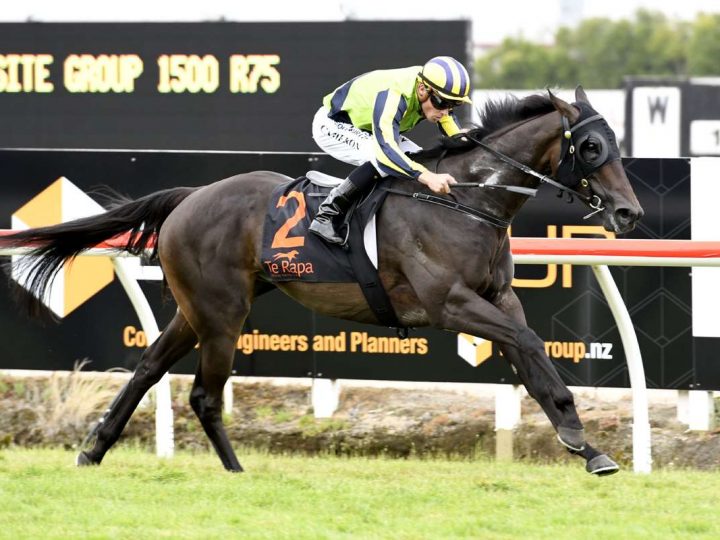 Savabeel mare Nicoletta looks in for a lucrative campaign following a determined first-up win at Hawera this afternoon.

In her season-opener, the Group One-performed mare took the major honours in the Gr.3 Taranaki Breeders’ Stakes.

Ridden positively by Jonathan Riddell, the mare was in or near the lead throughout and fought gallantly in the straight.

“We thought this race was perfect for her as she has been ready to go first up for a while now,” said co-trainer Andrew Forsman.

“The only worry was the 1400m as she is better suited to the mile or beyond but being on the fresh side meant she could get away with what sounded like a very brave effort.

“We did think the race set up well as the weight-for-age conditions suited a quality mare like her who could sit handy and kick hard, which is what she did

“She will only get better as she steps up in distance so there is a lot to look forward to.

“The obvious plan is to pick up as much black-type as we can so I would expect to see her in some of the better races coming up.

“ I think something like the Zabeel Classic (Gr.1 2000m) at the Ellerslie Christmas carnival is a race she could be very competitive in so we will be working out how best to get her there.”