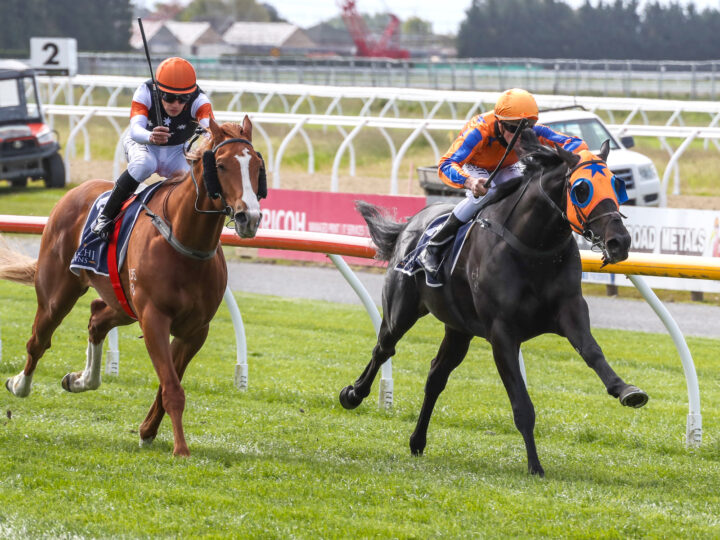 Noverre showed exactly why Te Akau’s David Ellis outlaid $800,000 for the Waikato Stud-bred colt at Karaka when he produced a stirring finish to run away with the G3 War Decree S. at Riccarton.

The good-looking son of Savabeel relished the step up to 1600 metres this afternoon and his dominant performance has seen him installed a $5 favourite for next month’s G1 New Zealand 2000 Guineas.

Noverre settled fourth-last on the inner and rider Jason Laking sat quietly until he was into the clear halfway down the straight and the 3-year-old let down powerfully to win for the second time in his four-start career.

“He was quite brilliant winning as he did. I was really impressed with how he paraded. He looked nice and calm beforehand, was good in the barriers, and got into a nice position,” trainer Jamie Richards said.

“Jason let things unfold and I was really impressed with the way he weaved between runners and ran the mile really strongly.

“Jason knows the horse well, what he’s capable of, riding trackwork and giving us a hand. I’m thrilled we’ve been able to repay him with a stakes winner and we can all look forward to the 2000 Guineas.”

Noverre is the first foal of the G3 Taranaki 2YO Classic winner Magic Star and she is out of the two-time Listed winner Dazzling Belle, also the dam of the multiple winner and Group 1 performer Manten.