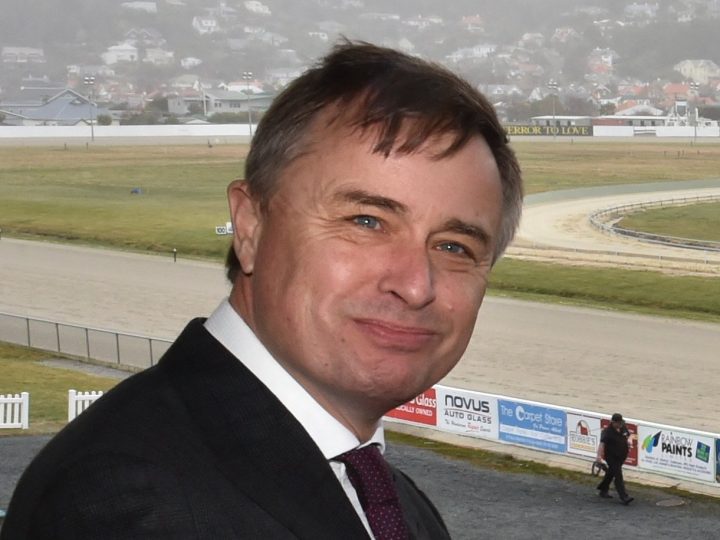 The Deloitte Report release last week threw the proverbial cat amongst the pigeons at the New Zealand Racing Board, initiating a flurry of damage control communiques that clearly demonstrated the cage had been rattled.

Pressure is mounting on the NZRB as it displays a blinkered defiance around crucial decision-making it has rubber-stamped for the future of the three codes and the racing industry.

Everyone who reads these pages on a regular basis will be aware of the stance the NZRB has taken as to where the racing industry’s governing body is taking us. Central to its strategy is the development of the TAB’s own fixed odds betting platform in partnership with Paddy Power-Betfair and Open Bet, alongside the determination to double the number of TAB account holders, the completion and passing into legislation of racefields and the optimisation of the racing calendar.

Last week New Zealand Thoroughbred Racing released a ‘Notice to all thoroughbred clubs, recognised industry organisations and stakeholders’ along with an ‘Executive Summary of the Deloitte Report’. In a nutshell, NZTR is basically at odds with much of the NZRB’s so-called strategic initiatives.

In a subsequent memorandum released by NZRB Chair Glenda Hughes to counter the Deloitte Report recommendations, it was stated that while the NZRB Board supported many of the elements advocated by NZTR in its edict, it also said: “we do not accept the Report findings given it was a desktop report based on a number of inaccurate assumptions.”

This is the line the NZRB have continually taken, but like every statement countering criticism of NZRB initiatives, they offer no form of credible evidence to add weight to their argument.

The NZRB stance invariably reeks of arrogance and supercilious intolerance. They look down on NZTR and continue to treat the other stakeholders of this industry like a herd of following sheep.

As stated above, the Executive Summary release of the Deloitte Report which amounted to little more than three pages of its original comprehensive 35-odd page original form, did enough to ruffle a few NZRB feathers.

By Friday of last week, the NZTR release had prompted NZRB’s Media Personnel Manager Michelle Pickles to write an internal communique to Trackside TV and Radio presenters advising them what the official line was should there be any questions arising from the stories written about the Deloitte Report that had appeared in The Informant. This seemed to be a kneejerk response from a higher level.

And that brings us to consider something about the racing media in this country. The NZRB through the TAB control both Trackside TV and Radio, so don’t ever believe you have freedom of the racing press. You will never see or hear any of these NZRB issues brought up by hosts on either of those two mediums. That’s the beauty of The Informant and its core writers – non-affiliated and independent.

The Deloitte Report paranoia continued through till Monday of this week when NZRB CEO John Allen released a two and a half page NZRB update in which he outlined a glowing report for the NZRB on survey results, and confirmed that everything was tracking well.

The Update basically said how pleased the respondents were with NZRB through the survey and how they would be delivering the $200 million dollar profit by year 2019/20.

The survey’s only visible pass mark was the 77 per cent of NZRB’s respondents that were familiar with industry roles and responsibilities. One third were confident or very confident the NZRB is heading in the right direction (which means that two thirds weren’t), and finally 19 per cent had little or no confidence, which is a category this writer could relate to.

In the ‘how we are tracking’ department Allen is again to the fore with the ‘$12 million future funding increase’ boast, but every time this is raised by the NZRB there is no mention of the fact that most of it is borrowed and therefore shouldn’t list it in the NZRB’s items of achievements. Remember, if by some strange quirk of fate the people at NZRB have all left their jobs by year’s end, the debt legacy will remain with all who consider themselves permanent stakeholders in this business.

Further doubts were cast on the NZRB’s performance this financial year in the CEO’s Forum Summary which was sent to all NZRB staff and agents on February 28. In that document, Allen talked about lower volumes being bet through the TAB by VIP customers, the possibility of not delivering the FOB launch in August as scheduled and the delay of the racefields legislation through which they had assumed profit would flow in the second half of this financial year.

The latter statement on racefields almost certainly means there will be a shortfall in their budgeted profit for 2017/18.

Last week Allen was quoted extensively on these pages about the Deloitte Report, but not included was my questioning of Allen on his credentials and ability to achieve all his future forecasts without offering a credible plan in support. This was not in any way a personal attack on Allen but rather exercising my right to ask the question of whether the incumbent was the right person for the job.

So I asked this way: “John, I look at your background. You came from the Post Office Group, then you went to Foreign Affairs and then you came to the Racing Board before you ever stepped inside a TAB and you are running this business and making the decisions. Are you qualified to run the Racing Industry? I’m putting the question mark on the quality of the decision making.”

“You obviously know my business background,” Allen replied. “I was a partner in a commercial law firm; I was involved in running a billion-dollar business in the NZ Post Group – any way you’ve got the CV and you know what I’ve done.

“I’m in charge of the TAB,” responded Allen when asked who was making the decisions. “That’s absolutely right – I’m the one – it’s my CV you’re questioning.”

“What I’m questioning is your business experience to make the right decisions for this particular industry,” I replied. “I know you’re a lawyer but essentially you’re a public servant and have worked for government institutions.”

“If you think the Post Office is a government institution then I think you’re wrong,” he countered. “It’s a state enterprise that’s been commercial for donkeys’ years and it operated in competitive markets both here and internationally – I’m not here to justify myself and I’m not going to try. You can form whatever view you like of my experience and you are absolutely right that I didn’t have any betting experience when I came to the NZRB.”

Allen hadn’t got too flustered at this line of questioning and was willing to continue the conversation, but he also hadn’t said anything to suggest he is the person who is going to save racing. And we do need a saviour.

In the last NZRB annual report, it is stated that their top eight executives including Allen were paid a total of $2,743,000 for the 2016-17 financial year. It is the right of any stakeholder in racing to question the credentials and performance of executives drawing such large salaries. After all, these people are employed on behalf of the stakeholders.

When interviewed last week, Allen had hesitated about the Fixed-Odds-Betting platform being delivered on time in August. What he did say was that new betting options will be released on time but in Monday’s update under the FOB heading he said, “…well underway with a goal of going live with customers later this year.”

For some time now there have been murmurings of the FOB being delivered late and the above statement all but confirms it. Anything of that nature means a budget blow-out and every day late will be at massive cost.

Since December the NZRB have had 100 plus contractors working on the FOB platform, some of whom are being paid as much as $1,200 to $1,500 per day. The last known budget to come out of NZRB for the FOB was $30 million – and we can only assume that would be subject to no delays.

Budgets for such projects are only known internally at NZRB – there has been no transparency on such issues or of the details of the deal struck-up with Paddy Power-Betfair or the building of the FOB. The competency of the team that made the deal and the quality of the management of the project are completely unknown factors to the stakeholders in this business.

It’s a bad joke to think any business or industry can be run in this manner – particularly one that represents one per cent of GDP. There is no accountability and the personnel responsible for the outcome, whether they be on the Board or in the management team, can walk away free of responsibility, some even with a severance package, at any time in the future and leave racing’s participants with a horrible mess. With reference to the NZRB, this outcome has history and remains a very real possibility.

The Deloitte Report was released last week in an abridged form but why hadn’t NZTR shown enough foresight to release it last August? I had been asking for a copy since June but it was always denied on the grounds of ‘highly sensitive information.’

If NZTR had released the report in August we would be at least six months in advance of where the industry currently sits. And who knows, perhaps something could have been done to reconsider the whole FOB platform project which just might contribute to the ruination of the New Zealand racing industry as we (used to) know it.