Ocean Park 4YO back to his best 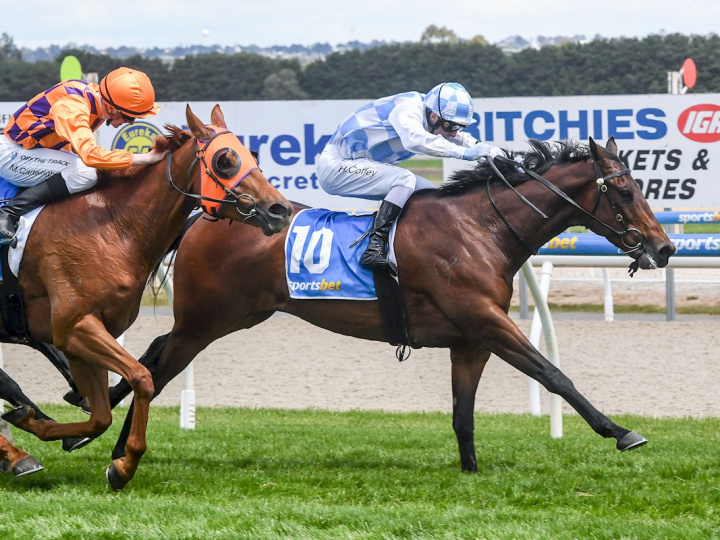 Waikato Stud graduate Ocean Beyond bounced back to his best form at Ballarat this afternoon for a deserved victory.

Successful in the Listed McKenzie S. last season, the Daniel Bowman-trained son of Ocean Park was placed in the Listed Village S. last month and then suffered an interrupted run when unplaced at Flemington.

Ocean Beyond settled in behind the pace on the fence and was blocked for a run 200 metres from home before rider Harry Coffey was able to angle him closer to the fence for clear air and the 4-year-old drove through for the third win of his career.

“That was a great result, but when he ran into a bit of trouble I thought ‘not again,’ but Harry was able to punch him through,” stable representative Denita Bowman said.

“He’s been running well in tougher grades so it’s onwards and upwards now.”

Ocean Beyond was withdrawn from the New Zealand Bloodstock National Yearling Sale and then failed to meet his $60,000 reserve when offered through Ohukia Lodge’s draft at the Ready to Run Sale at Karaka.

Subsequently purchased by Bowman, he is out of the Pins mare Frankly, who is a sister to the Listed Lightning H. winner and sire Keano. Their dam O’Really and their dam is a half-sister to the champion sire O’Reilly.