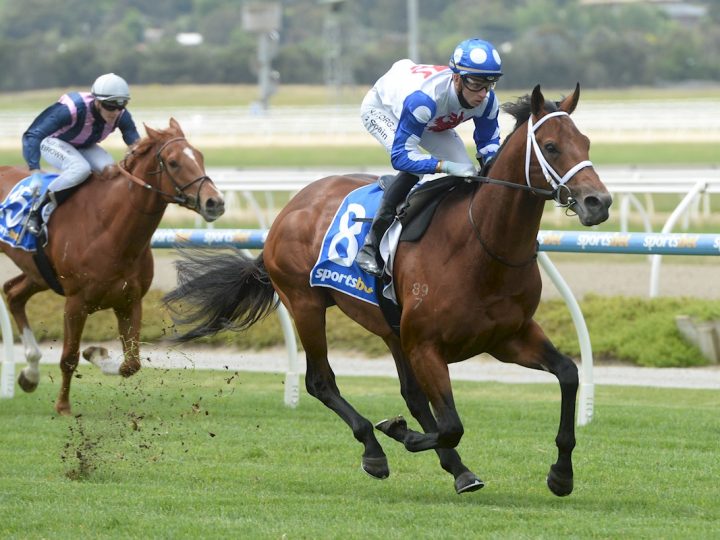 A well-performed Waikato Stud family was to the fore at Pakenham this afternoon when Maui produced a commanding performance to break his maiden.

The 3-year-old Ocean Park colt showed his appreciation of a step up to 1600 metres when bolting home by 4.5l at just his fourth race day appearance and the manner of his victory suggested he will be making his mark in stronger company.

Trained by Phillip Stokes, Maui is a son of the unraced O’Reilly mare Splendid who has a 100 per cent record at stud with all four of her foals to race successful.

He was bought out of Waikato Stud’s New Zealand Bloodstock National Yearling Sale draft for NZ$100,000 by Stokes, Peter Moody and Dalziel Racing.

It is also the family of the G1 Blue Diamond S. winner and successful sire Nadeem and Billion Win, a dual black type winner in Hong Kong.