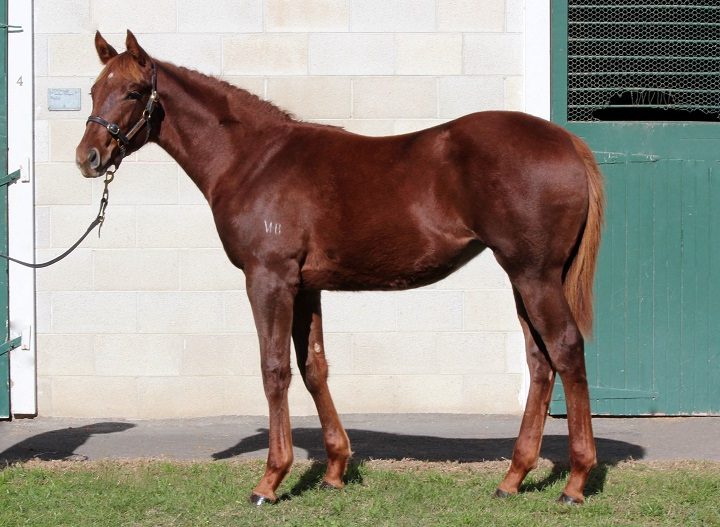 Ocean Park - Miss Jaydeejay Colt
Ocean Park has made a quick impact at Karaka with his first weanling to go under the hammer realising $58,000. Bred by leading racing photographer Trish Dunell, the youngster was purchased by United Syndications of Victoria.
Offered by Lime Country Thoroughbreds, he is out of the Golan mare Miss Jaydeejay. The colt is the first foal of the sister to the Gr 1 RC Derby winner Kibbutz.
Better was to come for WS’s Ocean Park when later in the session a colt sold for $72,500. From the family of the Group Two winner and Group One performer Pentastic, he was consigned by Haunui Farm and was bought by Hallmark Stud. WS’s Ocean Park half-brother to the stakes placegetter Mosh Pit sold for $26,000 to NZB, as agent.
The oldest crop of associate sire Rock ‘N’ Pop also went through the ring for the first time with a colt out of an American-bred mare making $25,000. Sold by Curraghmore Stud, he went to NZB while WS’s colt, from the family of the Gr 1 SA Derby winner Shiva’s Revenge, was snapped up by Millfield Stud for $20,000.