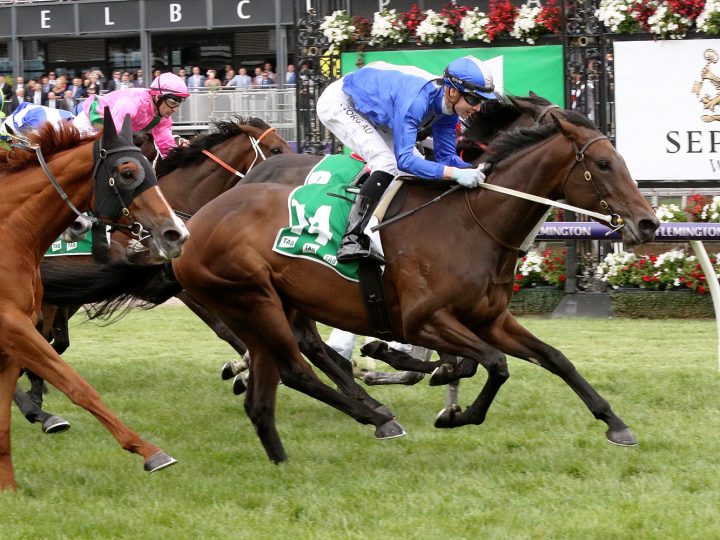 Ocean Park’s daughter Oceanex turned her fortunes around at Flemington to triumph in the Fr.2 Matriarch Stakes.

Luckless in previous outings, she came with a well-timed finish to reign supreme in the hands of Jye McNeil.

“I was fifth or sixth and a few pairs back and I was able to peel off and build into the race,” he said.

“She ran to the line strongly and she really deserved this win.”

Trained by Mick Prince and Michael Kent junior, Oceanex has now won four of her 12 starts.

A further seven placings emphasise the genuine side of her nature.

Price purchased Oceanex for $70,000 at the New Zealand Bloodstock Yearling Sale in 2017.

She is a daughter of the Danasinga mare Danex, who won once and was placed in the G2 Sir Tristram Fillies’ Classic.

Danex is also the dam of the G3 Rough Habit Plate winner Amexed (NZ) (Pentire). It’s the family of the Group One winner’s Calm Harbour and Ryan Mark.