Ocean Park riding the crest of a wave 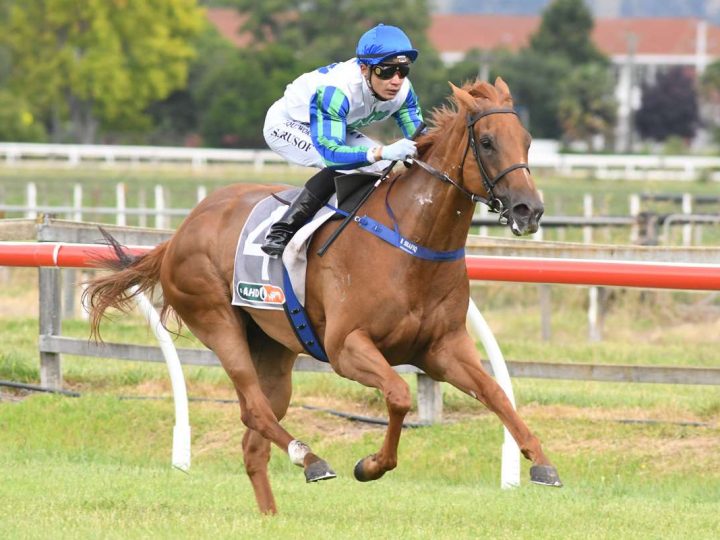 An outstanding run of form from the progeny of Waikato Stud’s Ocean Park continued at Matamata today.

He has enjoyed a flood of winners this month and two more were posted today.

Opie Bosson donned the Matamata farm’s colours to successfully combine with the promising Together.

A previous maiden winner, she settled back before inching forward 600 metres from home.

The powerfully-built mare produced a strong finish for her second victory in four outings.

“It’s a big thank you to the team at Waikato Stud, they have been very patient,” trainer Jamie Richards said.

“She’s got a lovely pedigree and can quicken in her races.

“She’s a big sort of mare so she might have a little break with the hard tracks and set her for the autumn.

“We’re really looking forward to the future with her.”

Together’s grandmother is the great producer Flying Floozie, the dam of the stud’s international Group One winner Starcraft.

The pair are trained on the course by Lance O’Sullivan and Andrew Scott.

“She had to sustain a long run and she was there to be run down and she got away from them the last bit,” Scott said.

“Her work had been really good and every race she’s had she’s run strongly and just lacked a bit of luck.

“We’ll probably look at the Desert Gold S. that might be a good option for her.”

She is a daughter of the multiple winner and Group performer Santangelo.

The runner-up’s effort was also full of merit.

“The second horse hit the line strongly so that was very encouraging,” Scott said.

It was certainly no surprise as she had placed in three of her previous four starts for trainer Ralph Manning.

She is out of the Generous mare Lolly Scramble, a half-sister to the Group winners Viennetta and Butterscotch.