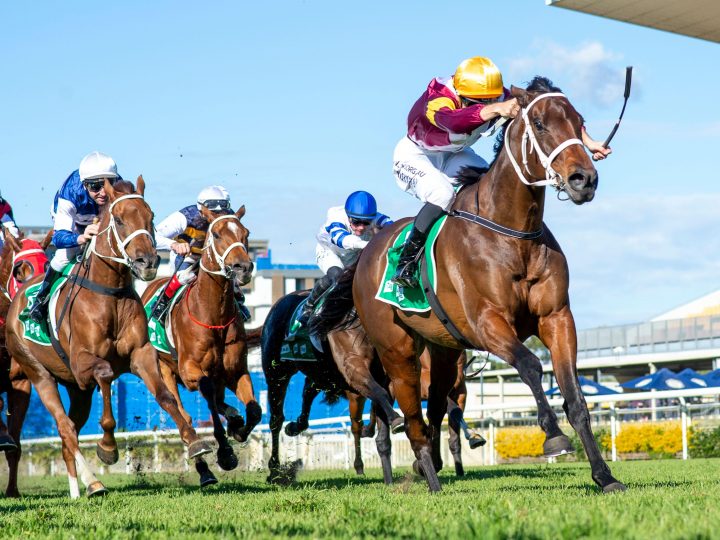 The Waikato Stud-bred and sold Another Dollar earned another black type credit for resident sire Ocean Park when she produced a valiant display under 58kg to win the G3 Premier’s Cup at Doomben.

Ridden by Luke Dittman, the Chris Waller-trained mare settled in fourth spot off the fence and finished determinedly to beat La Pulga, who was in receipt of 4kg.

“She was aided by a beautiful ride from Luke. He got her into a good spot and she did the rest,” said Paul Shailer, who looks after Waller’s Queensland stable. “She had an awkward draw last time and had to go right back so it’s great to see her win.”

Another Dollar was a $190,000 Inglis Australian Easter Yearling Sale purchase by Waller and is a half-sister to two winners with their dam Make A Wish (NZ) (Pins).

She has also produced No Limits (NZ) (Savabeel), who topped New Zealand Bloodstock’s National Yearling Sale last year when he was sold to Te Akau principal David Ellis for NZ$1.4 million and was a recent trial winner.

Make A Wish dam is a half-sister to the G1 New Zealand 1000 Guineas runner-up Ambitious, who produced the G3 Gloaming S. winner Strike The Stars.

Make A Wish is out of the dual Group 3 winner Starcent and also the family of the G2 Autumn Classic winner Adelaide Ace (NZ) (Savabeel).