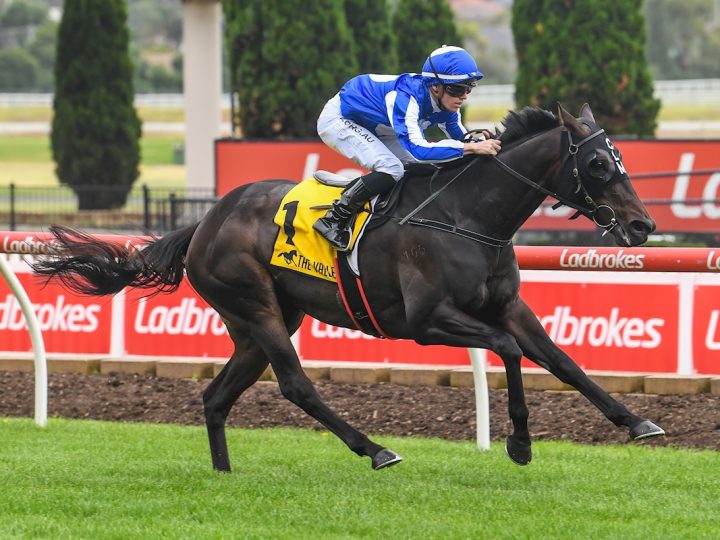 Ocean’s Thirteen is thriving on a regular diet of racing and she emphasised that point at The Valley where she produced a commanding front-running performance to thump her rivals.

The Ocean Park 4-year-old was successful during a winter preparation for trainers Ciaron Maher and David Eustace and has carried on with the good work through the spring having also won at Ballarat in October.

Bred and sold by Waikato Stud, Ocean’s Thirteen set a solid clip in front under apprentice Will Price and, after sprinting clear on the turn, coasted to the line for her fifth win from 14 appearances.

“That was a great win and Will got it spot on, she loves rolling along in front,” Eustace said.

“She’s holding her form really well and loves fast going so we’ll keep her going through the summer. “She looks great and is in a really good groove.”

Ocean’s Thirteen was purchased by Maher at New Zealand Bloodstock’s National Yearling Sale for $75,000 and is out of the unraced O’Reilly mare Really Reputable.

She has also produced the multiple winners Florence Jean, a Group 3 placegetter, and Morse Code with the dam a half-sister to the G1 Victoria Handicap winner Stickpin, whose brother The Bandito won the Listed Flying Handicap.