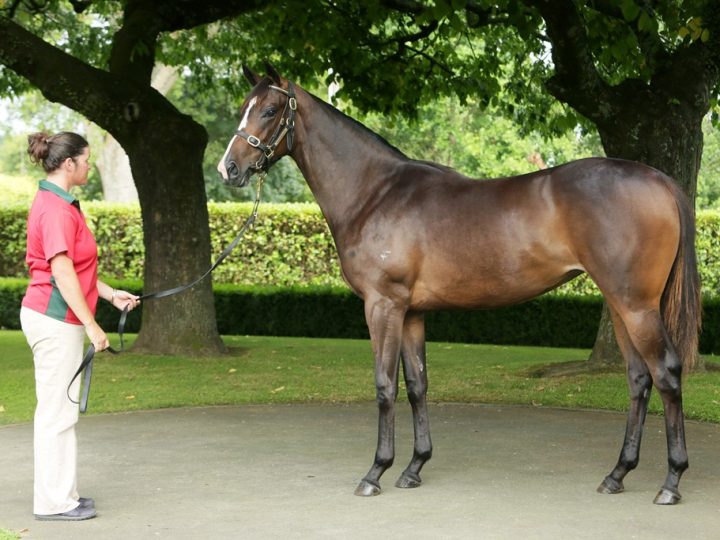 The three-year-old produced a timely finish for a first-up victory in a competitive maiden line-up.

“Her trials had been great and there’s a fair bit of upside about her,” trainer Stephen Marsh said.

“She’s very well bred, but still a bit green and quite a long filly.

“She’s been through a few growing stages and she’ll be better in the autumn.”

Laurant who is raced by Trelawney Stud and was bred in partnership with R M Anderson, Mrs C N Taylor & Trelawney Thoroughbred, is a half-sister to the Group winners Antonio Lombardo and Master Of Arts.

Trained by Lance O’Sullivan and Andrew Scott, she is out of the Group performer Santangelo.

Meanwhile, the Waikato Stud-bred and owned Ensemble came with a powerful burst from the tail of the field to finish fourth.

She was on debut and the Pins three-year-old is trained by Team Rogerson, who prepared her dam Costume to win two Group 1 races.

Ensemble’s three-quarter brother will be offered as Lot 432 during next month’s New Zealand Bloodstock Ready to Run Sale at Karaka.