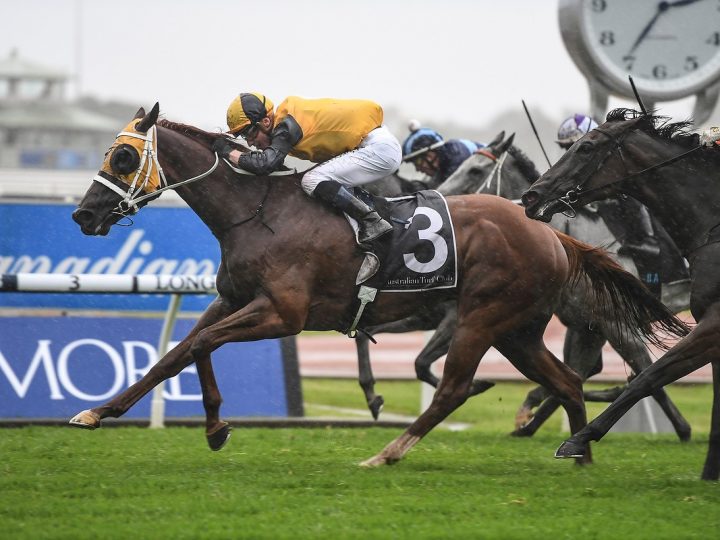 Star of the Seas winning the Gr.3 Maurice McCarten Stakes at Rosehill

Star Of The Seas opened his autumn in impressive style with a first-up victory in the Gr.3 Maurice McCarten Stakes at Rosehill.

The son of Ocean Park had two trials to get him ready and he finished powerfully in the hands of James McDonald.

“He’s been a good horse to us and we picked this race out,” trainer Chris Waller said.

“He’s got speed and he’s been a great horse for the stable. We always knew he would be strong at the finish.

“Hopefully, we can get another win with him during the carnival.”

Star Of The Seas has now won seven of his 18 starts and was placed in the Gr.1 Epsom Handicap last preparation.

Bred by Trelawney Stud, he is a half-brother to the stakes winner and two-time Group One-placed sprinter Speith.

They are sons of Stella Livia, who is a half-sister to the Group One winner and sire Ransom O’War.

Star of the Seas is Ocean Park’s 5th Stakes Winner this season behind Kolding, Oceanex, Tofane and Pretty To Sea.