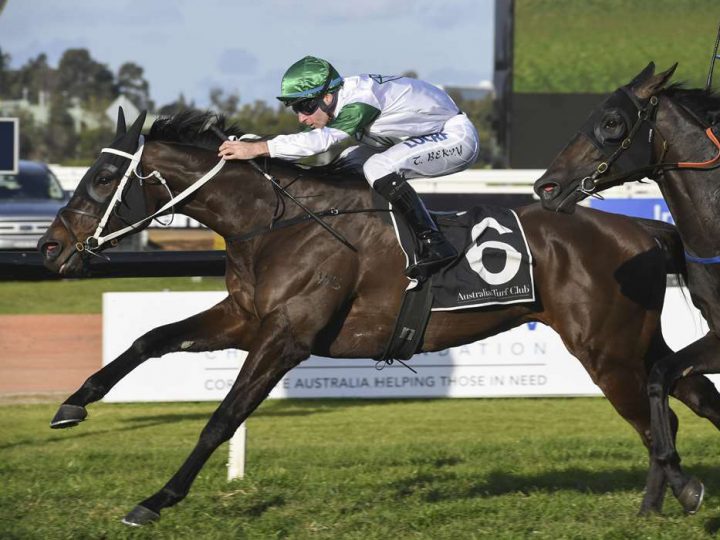 Waikato Stud-bred and sold Seaway did his sire Ocean Park proud at Rosehill this afternoon with a gallant victory in the Listed Winter Challenge.

The four-year-old jumped well from an awkward gate to sit outside the pacemaker under jockey Tommy Berry.

They strode to the front soon after straightening and stayed on strongly for his sixth win from 15 appearances.

“He got straight outside the leader and backed off the speed and made it harder for those behind. It was a good result for the stable,” trainer Chris Waller said.

Their dam Miss Purrfection is a half-sister by One Cool Cat to the Gr.2 Sir Byrne Hart S. winner and Gr.1 Telegraph Handicap runner-up Cheiron.

“He’s won some good races for Denise and the team and he goes very well fresh,” Waller said. “We pulled him out two weeks ago because it was just a bit wet.

“It was four weeks between runs and from the wide draw he was well ridden and came away with a nice win.”

Waller now believes Seaway can make his mark in a higher grade.

“I think he’s a Shannon Stakes type of horse. It’s not all about winning Group races though with the way the prize money is,” Waller said.

“It’s still good running seconds and thirds. It would be special if he could win a few more.”