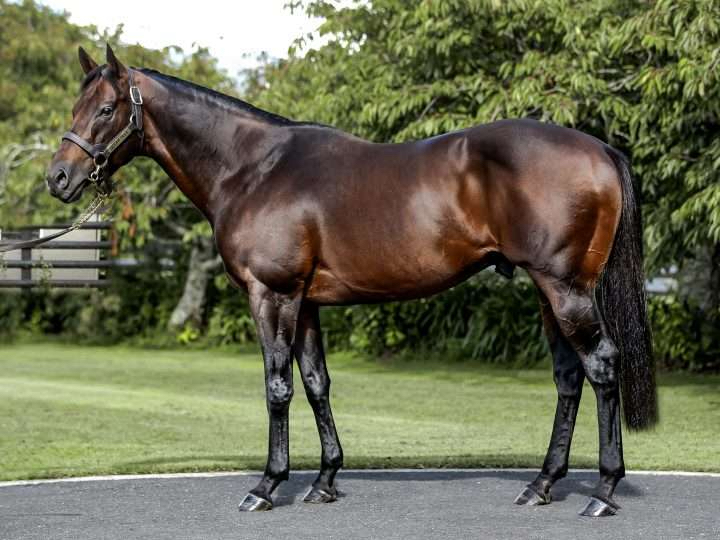 Ocean Park (NZ) has enjoyed a break-out season with his first siring successes at the highest level courtesy of Kolding (NZ) and Tofane (NZ) and now a rising staying star and G1 Melbourne Cup contender in Oceanex (NZ).

A former New Zealand Horse of the Year and multiple Group 1 winner, Ocean Park has been a slow-burner since his retirement to Waikato Stud, but he’s picked up the pace this term with Star Of The Seas (NZ) and Out Of The Park (NZ) also Group 3 winners. 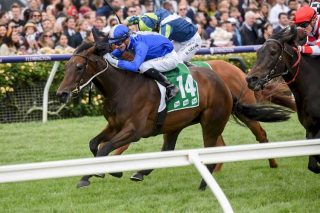 Kolding credited the stallion with his first major success when he won the G1 Epsom H., and also collected the inaugural Golden Eagle, and Tofane claimed top honours in the All Aged S.

And now Oceanex is underlining the versatility of Ocean Park’s progeny by starring over extended trips, claiming the Listed Port Adelaide Cup over 2500 metres two runs back before a sterling effort to win Saturday’s Listed Andrew Ramsden S.

It also ensured the 4-year-old, who in the spring captured the G2 Matriarch S. during the Melbourne spring carnival, will gain direct entry into the Melbourne Cup in November.

Oceanex is prepared at Caulfield by Mick Price and Michael Kent Jnr and the former admitted he hadn’t yet given any thought of the mare’s spring preparation and her path to the Cup with his third runner in the iconic event.
“I’ve got no idea – the pressure’s on now there’s a circle around the Melbourne Cup,” Price said. “I’ve had two runners and they were both 500-1 and ran like it.

“There’ll be a bit of nerves now. These owners, they’re like Mums and Dads, the Bonbeach footy club boys are in it as well – it’s going to be a sensational story.”

Oceanex was ridden on Saturday by Mark Zahra and he made perfect use of the mare’s inside gate by settling her in behind the leaders. He presented her at the ideal time and after a brief tussle with the favourite King Of Leogrance (Fr) (Camelot {GB}), she drew away to score by .75l.

“Tom Marquand rode her at Rosehill one day and said try her over a mile and a-half and her win over 2500 metres at Adelaide was strong,” Price said. “I know she drew barrier one and she got a gun run, but she won going away and she loves Flemington.

“She’s doing it all herself and hasn’t had a grinding stayer’s preparation. What I do know is that she’s got a big and clean set of lungs.”

King Of Leogrance finished runner-up in his first appearance since winning the G2 Adelaide Cup and he too promises to be a player in the major staying events come the spring.

Oceanex was bred by Tony Rider and sold by his Milan Park operation at New Zealand Bloodstock’s National Yearling Sale at Karaka with Price going to NZ$70,000 to secure the mare.

She is a daughter of Danex (NZ) (Danasinga) who won only one race, but she was placed at Group 2 level and finished fourth in the G1 New Zealand Oaks.

She is also the dam of the G3 Rough Habit Plate winner Amexed (NZ) (Pentire) and a family that has produced the Group 1 winners Ryan Mark (NZ) (Thorn Bird) and Calm Harbour (NZ) (Spectacular Love {USA}).