Oceanex on a Group One path 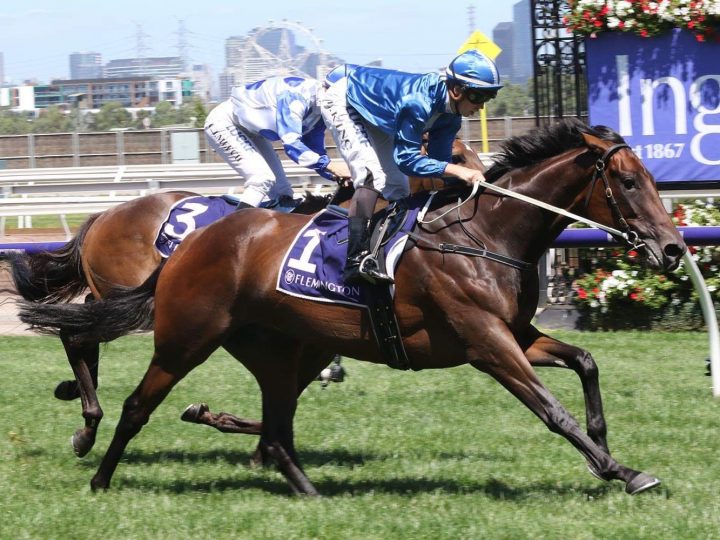 Ocean Park’s gifted daughter Oceanex struck again at Flemington this afternoon to earn herself a Group autumn campaign in Sydney.

The three-year-old completed a hat-trick of wins when she triumphed in her first test over 2000 metres.

Trainer Mick Price now plans to give Oceanex a short break before targeting the Gr.1 Vinery Stud Stakes and the Gr.1 Australian Oaks.

“I thought that was a massive performance,” Price said.

“It’s her first preparation and she was up in class, weight, distance and she had drawn a gate where she was going to have to give them a start.

“She produced a sustained run and I thought it was a fantastic.

“I had my little query today but she still defied all that and came through with flying colours.

“It just gives me a bit of confidence to go and chase some of the better fillies in Sydney.

“I’ll have to construct a little plan, timing-wise, to get her up there, but I thought today was a massive tick for that filly.”