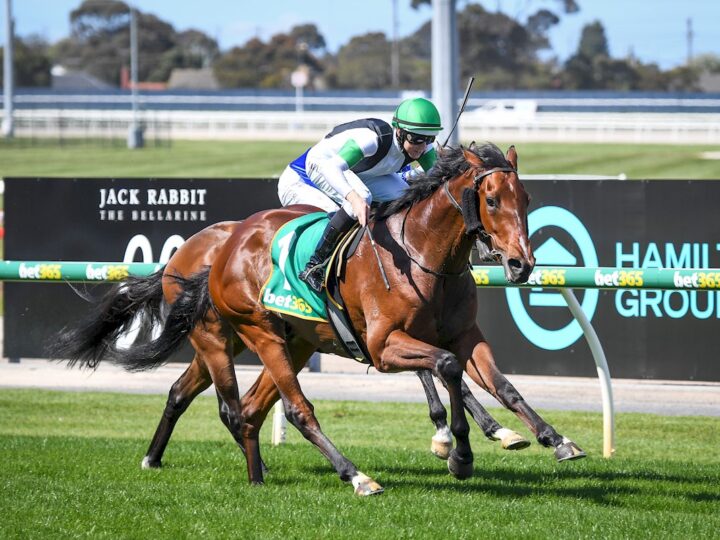 Tutukaka put his Group 1 credentials on the line this afternoon and he sailed through with flying colours to triumph in the Listed Geelong Classic.

The Tony Pike-trained 3-year-old son of Tavistock, who is part-owned by Waikato Stud, dropped to the back of the field from an awkward barrier and enjoyed the good tempo over 2200 metres.

Tutukaka travelled comfortably for jockey Damian Lane and edged closer 500 metres from home to swing widest into the straight. He finished resolutely for a dominant win and boost his G1 VRC Derby prospects.

“Tony thought that from the gate he was best getting cover and Damian gave him a lovely ride and got a good track into the race. He’s a lovely, big horse and he’s heading in the right direction,” said Tony Noonan, who is looking after Tutukaka.

“I’ve been mates with Tony and his family for nearly 30 years, I was honoured for him to ring me. He’s a very good trainer and he upped the ante since the horse’s last run and got it spot on.”

Bred by Marie Leicester, Tutukaka is a half-brother to the mighty Melody Belle and was purchased by Pike for $250,000 at Karaka, where he was offered by Haunui Farm.