O’Reilly 3YO shows his true colours 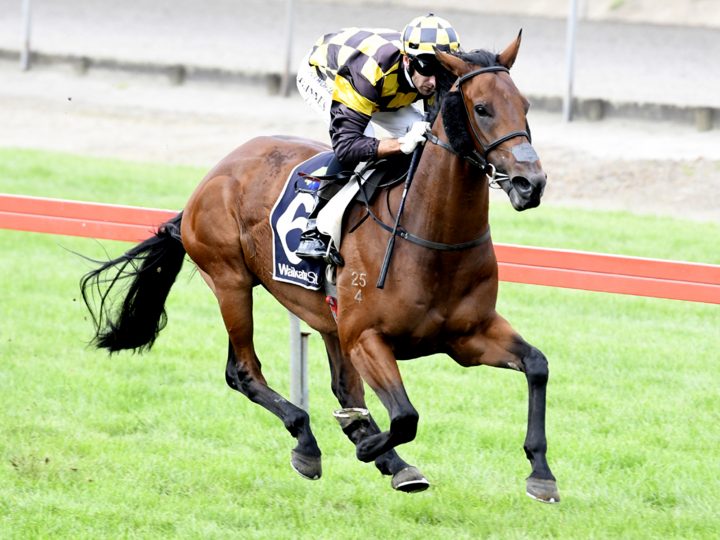 It may have taken a while, but Hanger has finally produced a performance his connections knew he was capable of.

The Roger James-trained son of O’Reilly ended a frustrating run at Matamata today when he blitzed his opposition under jockey Leith Innes.

The gelding sat close to the pace and when Innes asked for a serious effort he exploded clear to score by five and a-half lengths.

Following a debut third in the Listed Reid & Harrison Slipper last season, Hanger was expected to be a three-year-old to be reckoned with this term.

Unfortunately, that plan went awry although he did post three minor placings before his emphatic breakthrough.

Raced by breeders Waikato Stud with Brendan and Jo Lindsay, he is out of Savabeel’s daughter Do Ra Mi who won the Group 2 Kewney Stakes.

The dam is also half-sister to the Group 1 Australasian Oaks winner Marju Snip and the Hong Stakes winner Unique Jewellery.