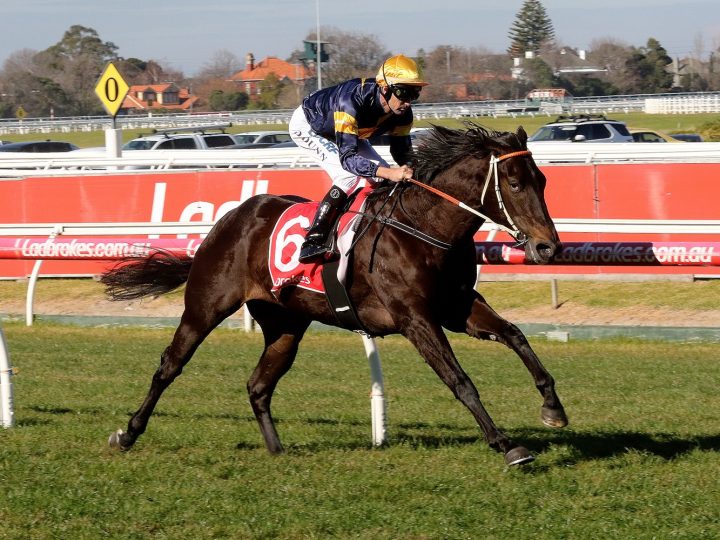 The late O’Reilly made an early impact this afternoon at Caulfield where his son Brutal was a debut winner.

The two-year-old created a strong impression when he posted a five-length victory.

“He’s always shown us a lot. He’s probably in at the right time of year just to get some experience because he’s still a kid.

“He had them pretty well beaten a long way from home today.”

Dunn said Brutal will continue to get better as he gets a bit older.

Co-trainer Wayne Hawkes said immediate plans for Brutal were still to be decided.

“We just wanted to see what happened today, but it’s a good position to be in.

“When he really quickened and flattened out it was quite impressive I thought.”

A $220,000 Karaka yearling, Brutal is out of the Golan mare Alberton Princess.