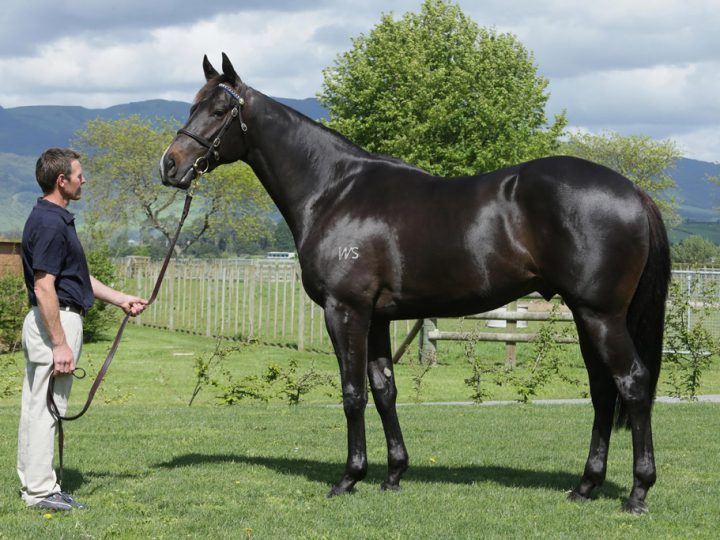 Rellson
WS’s son of the late O’Reilly made a serious impact on the opening day of NZ Bloodstock’s Ready to Run Sale yesterday. The striking colt was the subject of an opening bid of $200,000 before he was signed for by Wairarapa bloodstock agent Bruce Perry for $580,000.
The showy youngster will be heading to the stable of the leading Victorian trainer Ciaron Maher. He will have the responsibility of preparing the horse for several of his Australian clients, along with Wellington businessman Lib Petagna, under his JML Bloodstock brand, and Dato Yap Kim San’s Raffles Racing.
Meanwhile, a Savabeel juvenile who is the first foal of a Group Two winner had earlier got WS off to a strong start on the opening day of the auction. The gelding was first into the ring for the Matamata farm and he was knocked down to Lincoln Farms for $130,000.
He is a son of the O’Reilly mare Villifye, whose four career wins featured the Japan-NewZealand International Trophy. She was also a dual Group Two placegetter and a half-sister to the Gr.1 Queensland Oaks winner Miss Keepsake.
Resident stallions Rock ‘N’ Pop and Savabeel also made their presences felt at Karaka with a son of the former making $220,000. Out of a Cape Cross mare, the youngster is a half-brother to the stakes performer Elusive Red and was signed for by NZB on behalf of New South Wales interests. A Savabeel colt out of the O’Reilly mare Brazen was sold for $240,000 to the now successfully Cranbourne-based trainers Trent Busuttin and Natalie Young.
Back to all news
SHARE
Recent News