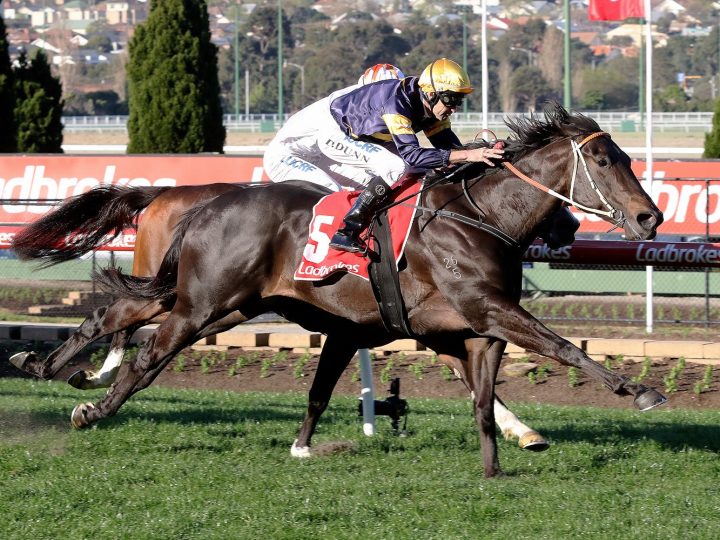 O’Reilly colt Brutal turned in a beast of a performance at Moonee Valley on Saturday to maintain his unbeaten record.

The three-year-old impressively jumped from a runaway maiden win to claim the Listed Mitchell McKenzie Stakes.

“I really did like his last 50 metres when he flattened out and they don’t have to win by big margins,” said co-trainer Wayne Hawkes.

“It’s only his second start and it’s still all new to him.”

A $220,000 Karaka yearling, Brutal sat close to the pace and finished determinedly under Dwayne Dunn.

“I don’t know whether we keep him sprinting or stretch him out,” Hawkes said.

“There really hasn’t been a plan after today. He’s a lovely horse who’s got a fair future.

“He’s a seriously good sort with plenty of upside and improvement to come.”

Brutal is out of Alberton Princess, who was purchased for $65,000 a year after Brutal’s sale by Gary Hennessy.

The Matamata horseman bought the Golan mare with a specific plan in mind and sent her straight to Ocean Park.

He currently has a colt by the Waikato Stud stallion, who he prepared for multiple Group One success including the 2012 Cox Plate.