O’Reilly colt shines in Group One 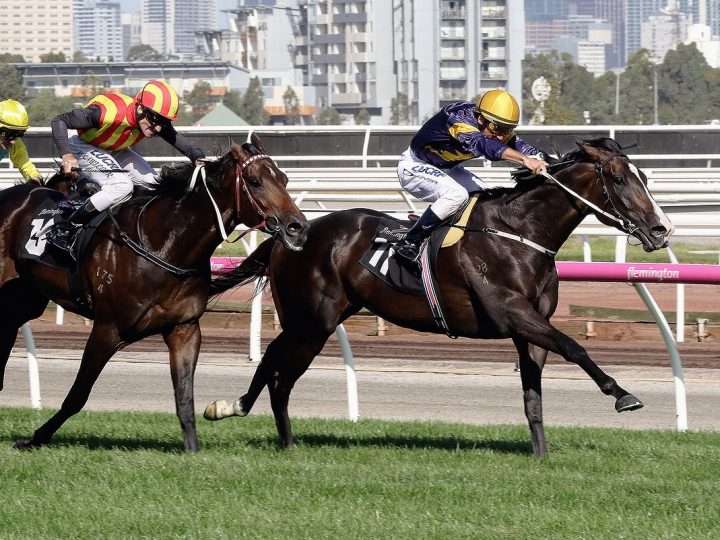 The late O’Reilly earned posthumous Group One honours today when his son Grunt reigned supreme in the Australian Guineas at Flemington. He stamped himself as a colt of the highest quality with his fourth consecutive win to remain undefeated this preparation.

“He got into a good spot and he still had to tough it out, he’s a beautiful, big Flemington horse,” trainer Mick Price said. “The only race I would go forward to is the Rosehill Guineas, but I am mindful that he is going to make a really good four-year-old.

A $220,000 Karaka purchase by astute Bloodstock agent Cameron Cooke and trainer Mick Price, Grunt is from the family of Waikato Stud’s exciting young sire Ocean Park and was ridden by Damien Oliver. “We had a lovely run and when I pulled him out and asked for an effort he fought them off,” he said. “He’s a magnificent specimen and deserved a Group One.”