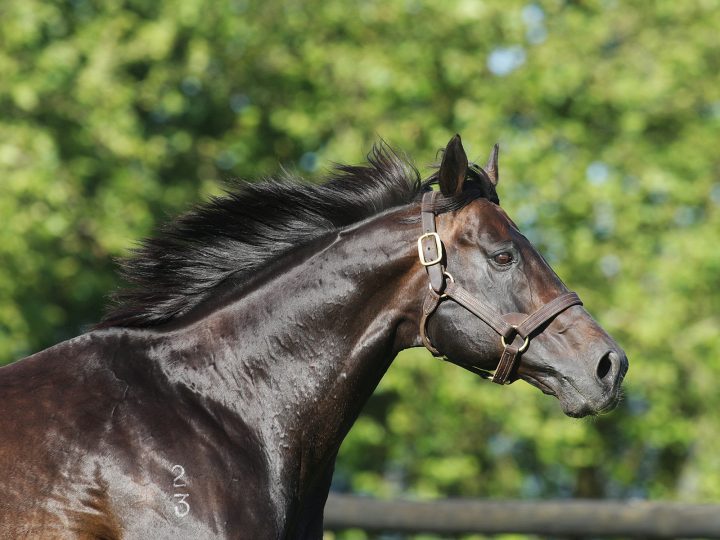 O'Reilly (Photo Credit: Trish Dunell)
It was only fitting that the final black type event of the New Zealand racing season was dominated by the late, great O’Reilly.
His grandson Atenartin won the Listed Ryder Stakes at Awapuni Racecourse on Saturday while the former champion Waikato Stud stallion’s son Mexican Tycoon finished second.
Trained by Matthew Eales, Atenartin was a $7,000 New Zealand Bloodstock Karaka purchase and is from the family of Group One winners Anacheeva, Headturner and O’Marilyn.
The youngster led all of the way in the hands of Danielle Hirini to close out his season in style.
“I could see he was travelling quite well and I knew he could handle the track, so I was quite confident,” Eales said.
“I knew he had improved off his last run as he didn’t have the perfect prep, yet he was still a dominant winner.
“He had really improved in three weeks, so I thought that would count for a lot today.
“To get a black-type win on his home track is great for the owners.”
Mexican Tycoon topped the 2016 Karaka Weanling Sale when he was knocked down for $185,000 to Queensland’s Aquis Farm.
He is out of the former champion Singapore two and three-year-old Mexican Rose.
Mexican Tycoon has now placed in all three of his runs and looks a top new season prospect for premiership-winning trainers Murray Baker and Andrew Forsman.
Back to all news
SHARE
Recent News