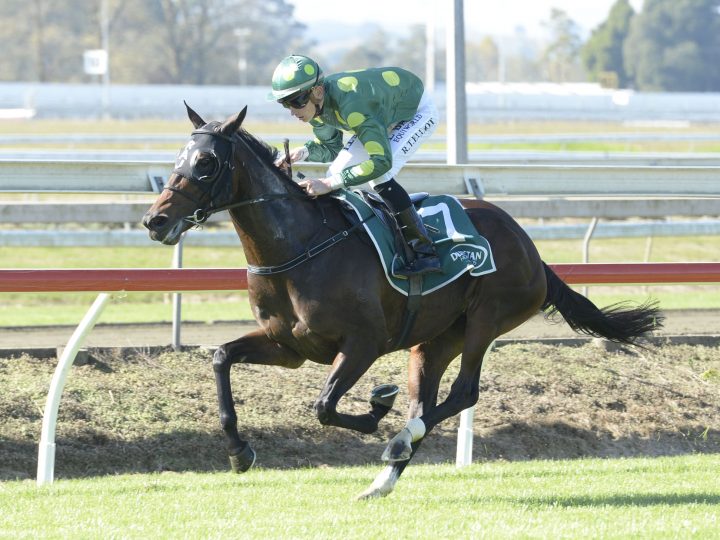 Beautifully-related four-year-old Claddagh is starting to do her rich pedigree justice with further success at Pukekohe today.

She was successful over 2200 metres, and after two preparatory runs this campaign, won over the same trip at the Counties meeting.

Claddagh is trained by Roger James and Robert Wellwood and races in the colours of breeders Sir Patrick and Lady Hogan.

She is a daughter of the Danehill mare Love Diamonds, whose yearlings have sold up to $640,000.

That was the figure the China Horse Club went to for Savabeel filly Queen Of Diamonds.

She won this season’s Gr.2 Lowland Stakes and the Gr.3 Eulogy Stakes and has twice been Group Two-placed.

Love Diamonds is a half-sister to the Group One winning siblings Diamond Like and Viking Ruler.