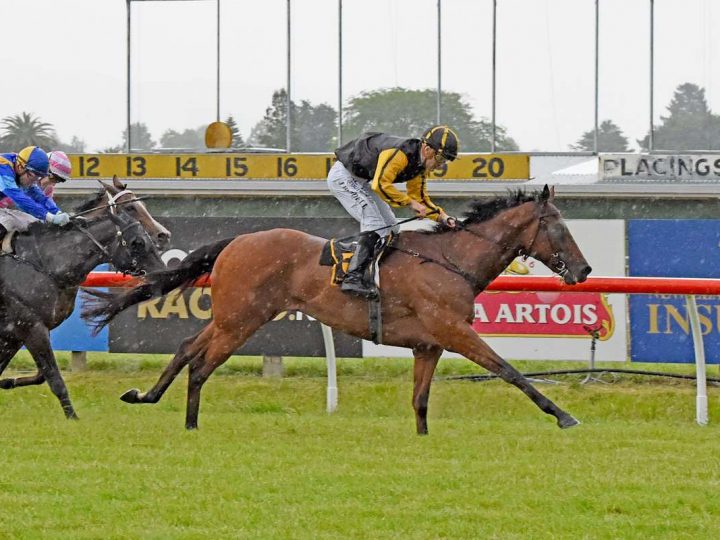 The promising Owen Patrick could be in for a lucrative summer, judging by the opening appearance of his campaign.

The son of Ocean Park was a gallant first-up winner at Hastings on Wednesday following a six-month break.

Ridden by Jonathan Riddell for Shaune Ritchie, he stayed on a strongly after disputing a genuine pace.

It was the second win from eight appearances for the gelding.

He is raced by top northern commentator George Simon and his wife Maryanne, who operates Mana Park.

Owen Patrick is out of the unraced King Of Kings mare Unplanned.

She is a half-sister to the dam of the dual Australian stakes winner Cape Kidnappers.

The feature name in the pedigree is the four-time North American Group One winner Marlin.